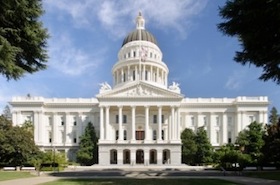 SACRAMENTO, Calif. — On March 8, the Corrections Standards Authority approved $602,881,000 in funds for jail construction projects in 11 counties, the second phase under realignment, which amounts to a $1.2 billion investment in county jails, under AB 900.

Bill Sessa, a public information officer for the California Department of Corrections and Rehabilitation, said some of the counties applying for jail money are overcrowded and in need of additional capacity. One county, he said, currently houses jail inmates in dorms, and isn’t equipped to house felons for the longer sentences they receive.

According to CDCR, state support for realignment in all 58 counties is expected to grow to $1 billion by 2013-14, and Governor Brown is hoping to guarantee long-term funding through a constitutional amendment.

AB 900 was signed into law on May 3, 2007, appropriating $1.2 billion in jail construction funding through state lease-revenue bonds.  Corrections Standards Authority