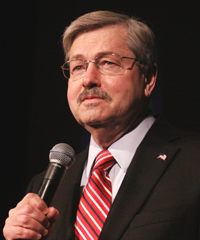 FORT MADISON, Iowa — The Clinical Care Unit (CCU) at the Iowa State Penitentiary in Fort Madison is about to be closed after only 10 years of use. The state spent $26 million to construct the 200-bed mental health facility but is now mothballing it in preparation for the opening of a new $117 million maximum-security prison. The new correctional facility will house 800 beds when it opens in January 2014. That facility will be located approximately one mile northwest of the current prison.

The closure plan was revealed as part of Governor Terry Branstad’s budget proposal, which he presented to the state legislature last week.

The move will represent a complete closure of the Fort Madison facility, as plans were already in place to close the main facility, which will involve the relocation of 960 inmates. The vast majority (660 inmates) will move to the new prison when it opens in 2014, while the remaining 300 incarcerated individuals will be transferred to other facilities. About 80 of the inmates moving into the new correctional facility will be minimum-security offenders.

The CCU was created to house inmates with developmental disabilities, mental illness and behavioral disorders in the late 1990s after a federal lawsuit called conditions at Fort Madison’s maximum-security cell house into question.

State Corrections Director John Baldwin said he would begin transferring prisoners out of the CCU and sending them to mental health units at the Clarinda and Coralville Correctional Facilities in the near future. He remained open to the possibility of using the CCU again at some point in the future if the prison population rose significantly.

Dr. Harbans Deol, medical director for the Iowa Department of Corrections, supported the decision, explaining the state would hire two more prison psychiatrists to help take on the work of helping the inmates after their move. He said the change would improve mental health services in the prison systems. Over 40 percent of the 8,000 inmates in the Iowa prison system have been diagnosed with a psychiatric illness at some time.

The plan to close the CCU has drastically altered the employment landscape at the department of corrections. Prison officials were expecting to hire additional staff members to work at the new Fort Madison facility, but the change in plans now means the department will only maintain its current staff, moving some of the 430 staff members from the old Fort Madison correctional center to the new facility and spreading the rest throughout the state prison system.

Danny Homan, president of the local chapter of the American Federation of State, County and Municipal Employees, told the Des Moines Register he felt this was all a “terrible idea.” Homan’s organization represents the correctional officers currently working at the existing Fort Madison facility.

“This unit was created to deal with those types of inmates. Where they are proposing to move them I don’t believe will be suitable for their treatment. I just believe it is the wrong thing to do,” he added.

Senator Tom Courtney, who represents the district directly south of the CCU, said he believed the governor’s true motivation was to control the number of union-represented correctional officers.