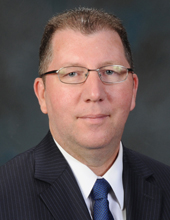 Former California Correctional Institution (CCI) Warden Michael Stainer was appointed director of the California Department of Corrections and Rehabilitation Division of Adult Institutions earlier this year. He had served as acting director there since 2013, and served as deputy director of facility operations from 2012 to 2013. Stainer held multiple positions at CCI from 2004 to 2011, including warden, acting warden, chief deputy warden, associate warden and correctional captain. He was a correctional captain at the California State Prison Los Angeles from 2002 to 2004 and held multiple positions, including correctional counselor supervisor, lieutenant, sergeant and officer, at the California Correctional Institution in Tehachapi from 1987 to 2002. Stainer is a second-generation warden of CCI. His father, Jerry Stainer, was warden at Corcoran State Prison from 1989 to 1991, then warden at CCI for two years before retiring from that institution in 1993.