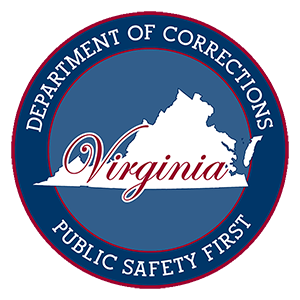 RICHMOND, Va. — The Virginia Department of Corrections’ (VADOC) Administrative Step-Down program, established in 2011, offers state inmates a way out of restrictive prison housing while also encouraging positive behaviors. When the program began, 511 offenders were housed in administrative segregation either for their protection or the protection of others; now just 160 offenders remain.

“It’s in everyone’s best interests — offenders, staff and the public — for these high-risk offenders to participate in programs and move into the general prison population before they are released back to our communities,” said VADOC Director Harold Clarke in a statement. “Further, the Step-Down program is important even for offenders with life sentences. They are contributing members of the prison community, and they have a real effect on the men who are going back out into the public.”

Approximately 90 percent of Virginia’s offenders are released back to the community at some point. Before the Step-Down program took off, 50 inmates were released straight from restrictive housing into the community in 2010, followed by 58 in 2011. Those numbers have been drastically reduced to 21 releases in 2012, 11 in 2013, four in 2014 and only two in 2015 thus far.

“We have seen incredible progress on the part of so many men in this program,” said VADOC Reentry and Programs Director Scott Richeson in a statement. “We have based our programming on evidence-based practices involving strategies to motivate participation and using cognitive behavioral programming for participants to learn new ways to think, make decisions and behave pro-socially.”

Richeson added that there are still a number of offenders who refuse to move out of restrictive housing. These are people who, for a variety of reasons, do not want to live and interact with the general population. The VADOC continues to look for strategies, programs and earned incentives to encourage their participation in the Step-Down process. “We recognize that due to safety concerns, there will always be some offenders who require restrictive housing management, but we want that number to be as low as possible,” he said.

By partnering with Red Onion State Prison in Pound, Va., and Wallens Ridge State Prison in Big Stone Gap, Va., — both of which are supermax prisons — the VADOC received the State Transformation in Action (STAR) Award from the Council of State Government’s Southern Legislative Conference in 2013.

“After going through the Step-Down program, some of these men are participating in educational programs and performing prison jobs for the first time in years,” Clarke said in a statement. “Not only has this been good for the offenders, but the staff at these high-security prisons report that they feel safer and less stressed at work.”