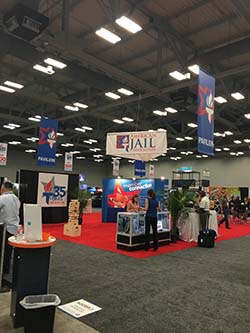 The conference brings together hundreds of correctional officers, jail managers, local detention facility professionals, industry manufacturers and service providers. In addition, the expo offers more than 60 educational workshops and over 200 vendors. This year the theme of the event was, “Be Part of the Voice,” which encouraged those involved in the jail industry to be an active participant in bettering the future.

Among the workshops at the event included those on topics of direct supervision, medical/mental health, operations/security, programs and more. 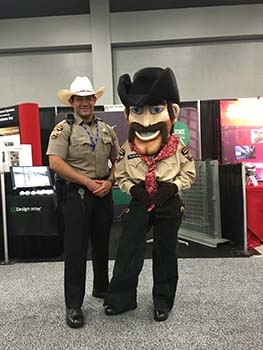 After the banquet, entertainment was provided by Jeff Ross, a stand-up comedian, actor, director, author and roast-master.

If you missed this year’s event, planning for 2017 is already underway as AJA announced the 36th Annual Conference & Jail Expo will take place in Orlando, Fla., on April 9-12. The Conference and Planning Committee for AJA is currently accepting workshop topics. To learn more, visit AJA’s call for presentations.