LONDON — A report issued by The Prison Reform Trust here finds that children with emotional and mental health needs are more likely to go to prison than other young people because the Youth Justice System does not recognize their special needs. 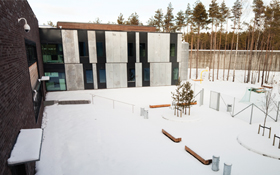 STRASBOURG CEDEX, France — The efficacy of the youth justice system in Britain and adult system in France fell under scrutiny this fall following recent reports by the Council of Europe’s human rights watchdog.

Thomas Hammarberg, COE commissioner for human rights, strongly urged British and French officials to overhaul detention policies regarding confinement, punishment and rehabilitation in order to protect the human rights of both youth and adult detainees.

LONDON — The United Kingdom government scrapped its controversial $4.8 billion plan to construct three 2,500-bed prisons and will instead build a series of 1,500-bed prisons to expand bed capacity in England and Wales.

The revised proposal calls for up to five smaller prisons that will deliver up to 7,500 beds — the same number of beds as the scrapped large-prison plan — at a cost of $5.1 billion.

END_OF_DOCUMENT_TOKEN_TO_BE_REPLACED