WASHINGTON — The Design-Build Institute of America (DBIA) 2012 Award Winners have been made public, for the first time ever, in advance of its annual conference, scheduled for Nov. 7-9 at the Ernest N. Morial Convention Center in New Orleans, La.

END_OF_DOCUMENT_TOKEN_TO_BE_REPLACED
Articles
February 9, 2011 941 Views El Paso County Criminal Justice Center, Furnishings/Fixtures, Louisiana, stem cell
NEW ORLEANS — The New Orleans City Council has voted unanimously to pass an ordinance authorizing the construction of a new jail that is much smaller than what had previously been planned in a bid to reduce the city’s prison population.
The ordinance calls for the construction of a 1,438-bed jail, less than a third of the size of the originally proposed expansion that called for more than 4,000 beds END_OF_DOCUMENT_TOKEN_TO_BE_REPLACED
Featured Articles
July 29, 2010 1109 Views Aeck & Sargent Architects, Central U.S., El Paso County Criminal Justice Center 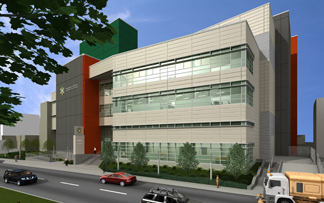 When Hurricane Katrina ripped through New Orleans, it created immense damage to anything unfortunate enough to be in its path, but it was the subsequent flooding that wreaked the most havoc on those that remained in the city.

After levees broke at the Industrial Canal and the 17th Street Canal, some areas were flooded with several feet of water. Homes were submerged to their roof lines, businesses were gutted and thousands were stranded. The city’s correctional facilities, although built to withstand hurricane-force winds, were also subjected to widespread damage.