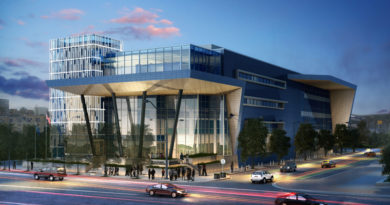 The Las Vegas City Council recently approved a development agreement with The Molasky Group of Companies to develop the City of Las Vegas Municipal Courthouse in the civic corridor of downtown.

When Hurricane Katrina ripped through New Orleans, it created immense damage to anything unfortunate enough to be in its path, but it was the subsequent flooding that wreaked the most havoc on those that remained in the city.

After levees broke at the Industrial Canal and the 17th Street Canal, some areas were flooded with several feet of water. Homes were submerged to their roof lines, businesses were gutted and thousands were stranded. The city’s correctional facilities, although built to withstand hurricane-force winds, were also subjected to widespread damage.