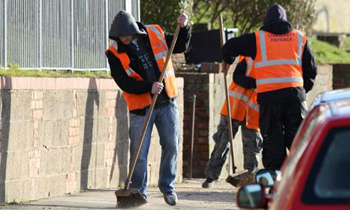 END_OF_DOCUMENT_TOKEN_TO_BE_REPLACED
Articles
April 1, 2011 1278 Views 2008 Justice Facilities Review, Courthouse, Piladelphia, prisons
LONDON — The first step toward establishing a national service to divert the mentally ill from prison is due to be announced by the Health Secretary Andrew Lansley and Justice Secretary Ken Clarke.
The two cabinet ministers will announce they have found $8 million to put into 100 “diversion sites” across England and Wales as part of their plan to create a national liaison and diversion service by 2014.
The decision is part of ClarkeRead more
Articles
March 23, 2011 1176 Views Nursing Home, Piladelphia

The Mayor is ensuring jobs with the Greater London Authority’s construction projects and wants to see more programs like the Olympic Delivery Authority’s pilot program, which is providing work placements for up to 60 ex-offenders on the Olympic Park.

END_OF_DOCUMENT_TOKEN_TO_BE_REPLACED