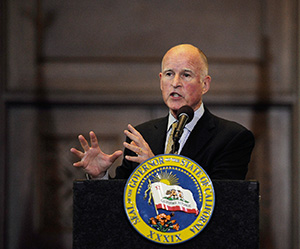 SACRAMENTO, Calif. — Despite extensive negotiations, California Governor Jerry Brown and attorneys representing a group of prison inmates have yet to reach an agreement on how to reduce the state’s prison population. This impasse prompted the three-judge panel appointed to mediate the months-long talks released a brief statement on the matter on Jan. 13.

That statement ordered both parties to write and submit terms that “the parties believe are best suited to achieve durable compliance with this Court’s orders to maintain a prison population of no more than 137.5 percent capacity.” Currently the state is just 4,000 inmates over this target. However, the court cautioned that these proposed solutions must not be statements of each party’s ultimate wishes. Both Brown and the inmate attorney group must file their proposals by Jan. 23, and have until Jan. 28 to submit comments or objections to their opponent’s proposal.

The judges opened their joint statement by calling attention to the fact that the meet-and-confer process, and, as a result, the compliance deadline, has been extended multiple times without resolution. They also noted that the prison population reduction debate is soon to enter its fifth year, as the court first ordered the reduction in August of 2009 in an effort to improve health care services for the sick and those living with mental illness. Then, the state was given two years to meet the compliance standards, but that deadline has been pushed back multiple times. The panel, which includes Judge Stephen Reinhardt of the 9th U.S. Circuit Court of Appeals, U.S. District Judge Lawrence K. Karlton of Sacramento and U.S. District Judge Thelton E. Henderson of San Francisco, has now established an April 18 deadline for compliance.

According to Deborah Hoffman, spokeswoman for the California Department of Corrections and Rehabilitation, the state was optimistic about the decision. "We are hopeful the court will recognize that the state has made significant reforms to our criminal justice system and will allow us an extension so we can build upon these landmark reforms," said Hoffman. She added that the administration is not yet commenting on what solution it will propose.

When questioned about the negotiations during a recent visit to Bakersfield, Brown told reporters "We’ve talked a lot to the prison lawyers, and I understand their job is to get people out of prison, regardless of what the law may say. My job is to protect public safety."

Though he maintains opposition to early release, Brown has already made great progress in reducing the state’s prison population since taking office. His realignment plan, which diverts state inmates to county facilities, is partly to thank, as is the plan to move state inmates to private facilities. Brown has also proposed plans to release elderly inmates and extend parole rights to those with multiple convictions. Together these measures would make an additional 2,200 inmates eligible for release or parole.

Brown’s recently proposed FY 2014-2015 budget would also help the state meet this goal. The budget currently includes $500 million for new prison construction, and an additional $200 million that would support programs aimed at reducing recidivism. However, projections outlined in the governor’s budget state that the average daily adult inmate population will likely increase by several percentage points in coming years.