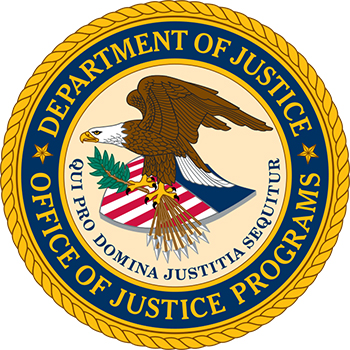 WASHINGTON — The Bureau of Justice Statistics (BJS) and several of its partners have received the 2014 Policy Impact Award from the American Association for Public Opinion Research (AAPOR). The BJS was honored for its innovative efforts to measure sexual victimization in correctional facilities under the Prison Rape Elimination Act (PREA). Senior Statistical Advisor and Program Lead for BJS Allen J. Beck accepted the award on behalf of the bureau and its data collection agents, including RTI International of Durham, N.C., Westat of Rockville, Md., National Opinion Research Center at the University of Chicago and the U.S. Census Bureau, at the annual AAPOR conference on May 17.

PREA, which requires BJS to measure sexual victimization in correctional facilities, passed in 2003. At that time, according to Beck, there was no infrastructure for such a data collection and little agreement on a methodology that would provide accurate estimates. "We had to develop a complex statistical infrastructure that would enable us to measure a very sensitive issue that was far more nuanced than we knew," said Beck. "The prison rape data collection represents a 10-year effort to build a program for accurately measuring the prevalence of sexual victimization in the nation’s more than 7,600 correctional facilities covered under PREA.”

In an award announcement, AAPOR noted that its selection of BJS was based on the bureau’s state-of-the art, multi-measure, multi-mode data collections that relied on victim self-report surveys and administrative records. "The findings, and their extensive publicity, have triggered special investigations by governors and state legislatures and immediate changes in policies and plans of action,” AAPOR reviewers wrote. “Findings from the project are now cited extensively in training for correctional administrators on how to prevent and respond to prison rape. Without these data, national standards for best practices to eliminate rape and other related violence among prisoners could not have been promulgated."

According to a release issued by the bureau, the BJS-led team actively reached out to all stakeholders as it developed survey protocols, measurement strategies and reporting criteria. The team also established definitions of sexual victimization that would apply to each survey and facility, addressed complex human subject concerns such as protecting respondents from retaliation, set statistical standards for defining high-rate facilities and developed a plan for disseminating the findings.

The BJS team has published 14 separate reports on prison rape since 2004, which have been extensively covered by the media, researchers and public interest groups. This data led to several direct policy or program actions at the local, state, and federal levels. Facility and state-level rankings have also resulted in immediate action in states with high-rate sexual victimization facilities, and some states have conducted special investigations following the release of PREA data.

The PREA statistics program includes the Survey on Sexual Violence, the National Inmate Survey, the National Survey of Youth in Custody, and the National Former Prisoner Survey. These surveys assess the incidence of sexual victimization in correctional facilities through victim self-reporting, surveying facilities’ administrative records, reaching out to ex-offenders now living in the community and surveying youth held in juvenile and adult facilities.

All PREA-related reports and documents published by the BJS, as well as additional information about the bureau’s statistical publications and programs can be found at http://www.bjs.gov/.