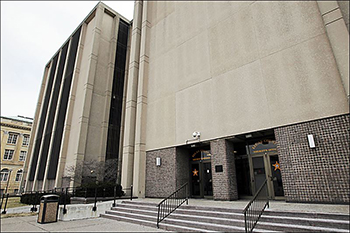 TOLEDO, Ohio — Lucas County commissioners approved a contract with a consultant to resume preliminary work on the project almost four months after putting construction of the Toledo jail on hold. The commissioners unanimously approved in late February to enter into a contract with a consultants’ group to prepare requests for the bidding process to contract for construction management, architectural and engineering services.

The contract with Aurora, Colo.-based Voorhis/Robertson Justice Services Inc., a company that assists government officials in planning and constructing criminal justice and correctional facilities, will cost the county up to $68,540, reported The Toledo Blade. In October, the commissioners tabled the potential contract with Voorhis/Robertson Justice Services Inc. almost a week after they had received a feasibility study that projected a new jail would cost more than $142 million.

Santa Monica, Calif.-based DLR Group completed the feasibility study for the county, suggesting that the jail costs could even grow to more than $186 million to house more than 1,000 inmates if the county decides to relocate inmates housed at the regional jail into a combined pretrial-sentenced inmate lockup.

The current jail was built to house 342 beds, but more than 425 inmates are currently housed there, reported The Toledo Blade, with many crowded into cells and some sleeping on temporary cots outside their cells. The study said that the new jail should be designed to hold 620 beds: 572 beds from inmates awaiting trial and a 48-bed unit to house inmates who can work in the facility as trustees.

The study said that the county needs a facility that would house 526 inmates, but projects that an additional 174 beds will be needed by 2025 unless management initiatives help reduce that need. It also projected that the building would require almost 270,000 square feet of space on one single level in place of the eight-story jail that occupies 216,000 square feet.

The consultant report also said that the new jail should have 12 medium- and high-security housing units that would allow correction officers to directly supervise the inmates in a mixture of single and multiple prisoner cells and small dormitories. Another key component of the jail would be to include space to improve on the jail’s medical and mental health services as well as dedicated areas for inmates on suicide watch. The DLR Group cost analysis said that the new jail would allow the county to cut about $1.5 million from the jail’s $26.5 million yearly operating budget, according to The Toledo Blade.

Because the study projected such a large cost estimate, commissioners needed to put it on hold because the county was grappling with a $10.4 million deficit in the 2015 budget. Part of the financial woes stemmed from charging changes put in practice by the city of Toledo in October, which now are costing the county $3.9 million annually.

The policy change, which was ordered by the late Mayor D. Michael Collins, calls for Toledo police to charge people they arrest with infractions of the Ohio Revised Code, rather than municipal code, so the county shoulders the burden of paying for those jail inmates, reported The Toledo Blade. Despite the budget issues, the commissioners said the four-month hiatus allowed the county to examine the handling of inmates with mental illness and substance-abuse problems and consult with judges on risk-based assessment of inmates, which would ultimately affect the decisions on the number of beds and the size of a new jail, as well the overall cost for a new facility.