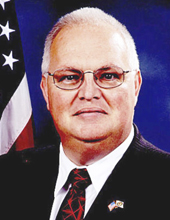 William Bechtold, an almost 30-year corrections industry veteran, was recently named the new warden of the Franklin County Jail in Chambersburg, Pa. Bechtold is currently chief executive officer of the low security component of the Federal Correctional Complex in Coleman, Fla. and will begin his new post on April 6. He will replace Daniel Keen who resigned in January to become the new director of corrections in Northampton County, Pa. As warden, Bechtold will work with the county’s probation department, day reporting center and other agencies in an effort to reduce recidivism. Bechtold is a 4-year Coast Guard veteran and first began his career at the Federal Correctional Institution in Danbury, Conn.