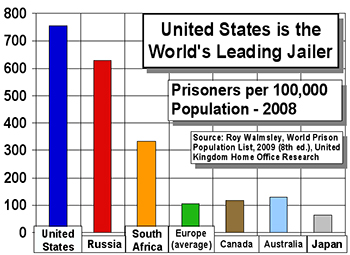 CHICAGO — With jail populations having more than tripled since the 1980’s, the John D. and Catherine T. MacArthur Foundation announced in February that it would begin an initial five-year, $75 million investment in the Safety and Justice Challenge, aimed at streamlining local jail populations while simultaneously altering the American standard regarding jail over-use. To assist in its endeavors, multiple jails were recently awarded MacArthur Foundation grants to further oppose over-incarceration.

According to a press release, the goal of the Safety and Justice Challenge is to support cities and counties across the United States, seeking to establish impartial, more effective local justice systems, saving taxpayer money. Additionally, the ‘challenge’ will help to support local jurisdictions efforts in reducing their over-reliance on jail sentencing.

Despite the almost 200 jurisdictions who had applied for the grant, the Ada County Sheriff’s Office was one county awarded a $150,000 MacArthur Foundation grant aimed at pushing down recidivism and unnecessary incarcerations. Ada County is one of just twenty jurisdictions to receive a grant this past week.

The money attained by the jurisdiction will be primarily used to facilitate research so the county can take an improved approach to policing, according to Ada County Police Captain Steve Bartlett. The county’s goal is to eventually provide law enforcement services on a much higher scale.

During the next year the Ada County Sheriff’s Office will be compiling a series of data to return to the MacArthur Foundation for the second stage of the grant process in 2016.

Cook County Sheriff’s Office also received a $150,000 MacArthur Foundation grant last week to help reduce the number of nonviolent offenders and over-incarceration in the county’s jail, according the foundation. Along with the grant, Cook County will also receive consultation to assist with a six-month planning period designed to enhance the effectiveness of Cook County’s local justice system.

Other jurisdictions who have been selected to receive MacArthur Foundation grants include Los Angeles County in California, Palm Beach County in Florida., Milwaukee County in Wisconsin and Harris County in Texas.

An additional 10 agencies will continue to receive grants ranging from $500,000 to $2 million intended to assist with further program implementation in the months to come.