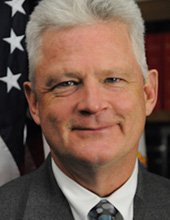 After nearly 34 years working in the Minnesota Department of Corrections, John King, warden of the Minnesota Correctional Facility (MFC) in Stillwater, has announced his retirement. King began his correctional career in 1982 as a correctional officer at MFC – Oak Park Heights. Later, he worked at MFC – Lino Lakes and then as associate warden of administration for MFC – Rush City. Due to experience in prison finance, King was appointed CFO for the Minnesota Department of Corrections. After 18 months on the job, he accepted the warden position at MFC – Stillwater. King is a graduate of St. Cloud State University.