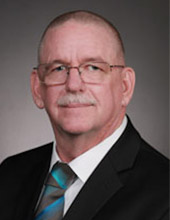 Robert Patton, director of the Oklahoma Department of Corrections, announced his resignation, effective Jan. 31. Patton began his corrections career in Arizona in July 1985 as a correctional officer at the state prison in Fort Grant, where he later became correctional sergeant. In September 2000, he was promoted to associate deputy warden and in 2002 was promoted to deputy warden in Safford. In April 2004, Patton was appointed deputy warden of operations at ASPC-Lewis and in October 2004 was appointed as the warden at ASPC-Douglas. Patton retired as the warden at Douglas and moved to Nebraska to become the Director of Corrections in Douglas County. He returned to the Arizona Department of Corrections in 2006 as a security administrator. He was appointed security operations administrator in 2007 and in 2009 became division director of operations. Patton was named director of corrections in January 2014 by the Oklahoma Board of Corrections. He earned his Bachelor of Science in correctional administration from Wayland Baptist University and his master’s degree in public administration at Northern Arizona University.