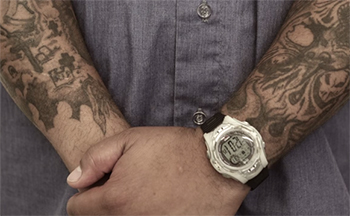 WASHINGTON — On June 24, the Department of Education (DOE) announced 67 colleges and universities that will participate in the Second Chance Pell pilot program. Initially announced last summer, the program will allow eligible incarcerated Americans to receive Pell Grants and pursue postsecondary education in hopes of helping them get jobs upon release from jail.

The selected colleges and universities will partner with more than 100 federal and state penal institutions to enroll about 12,000 incarcerated students in educational and training programs, according to a statement. Through the Second Chance Pell pilot program, these institutions may provide federal Pell Grants to qualified students who are incarcerated and are likely to be released within five years of enrolling in coursework.

"Access to high-quality education is vital to ensuring that justice-involved individuals have an opportunity to reclaim their lives and restore their futures," said Attorney General Loretta Lynch, in a statement. "Through this partnership with the Department of Education and institutions of higher learning around the country, this program will help give deserving incarcerated individuals the skills to live lives of purpose and contribute to society upon their release. The Department of Justice will continue to pursue additional efforts to reduce recidivism, promote opportunity, and give justice-involved individuals a meaningful second chance."

Most of the selected schools are public two-year and public four-year institutions that will offer classroom-based instruction on-site at the corrections facilities, according to a statement. Others will offer online education or a hybrid of classroom and online instruction. More than 10 percent of participating educational institutions are Minority-Serving Institutions, and approximately 37 percent will offer prison-based education for the first time. Some selected schools already began offering education and training at the beginning of this month.

The program was announced a couple weeks before the DOE released a report titled Trends in State and Local Expenditures on Corrections and Education, on July 7. The report highlights that state and local spending on prisons and jails has increased at triple the rate of funding for public education for preschool through grade PreK-12 education throughout the last 30 years.

Factoring in population changes, the report indicated that 23 states increased per capita spending on corrections at more than double the rate of increases in per-pupil PreK-12 spending. Seven states — Idaho, Michigan, Montana, North Dakota, South Carolina, South Dakota and West Virginia — increased their corrections budgets more than five times as fast as they did their allocations for PreK-12 public education. The report also stated that state and local spending on higher education has been relatively flat since 1990, even though corrections spending has increased 89 percent.

The report highlights the link between education and incarceration. For instance, according to the Bureau of Justice Statistics, two-thirds of state prison inmates have not completed high school; however, researchers estimate that a 10 percent increase in high school graduation rates results in a 9 percent decline in criminal arrest rates.

Other key findings from the report include:

The new report suggests increasing investments in education — from early childhood through college — to help improve skills, opportunities and career outcomes for at-risk children and youth, particularly if the additional funds are focused on high-poverty schools, according to a statement. Investing more in increasing school success for disadvantaged children and youth could reduce disciplinary issues and reverse the school-to-prison pipeline. In addition, educational programs for incarcerated youth and adults could reduce recidivism and crime by developing skills and providing opportunities.