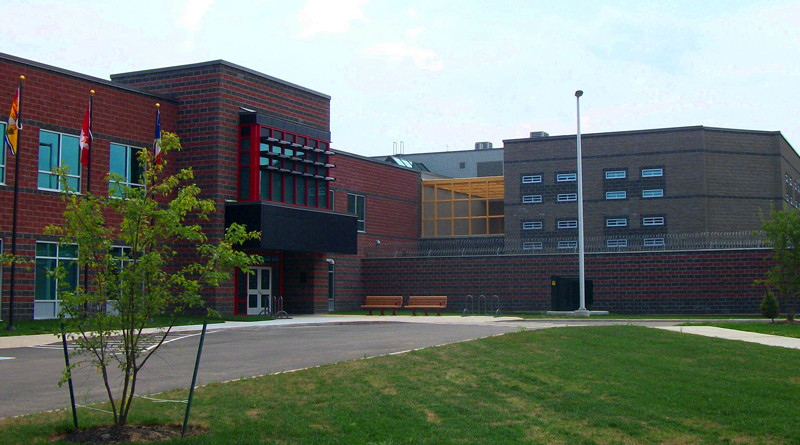 The $36.4 million facility was designed to house 180 adult offenders and a staff of more than 100. It includes admitting and discharge areas; medical, dental and mental health service areas; program rooms; segregation areas; and secure visitation spaces. It replaced the existing 40-year-old Moncton Detention Centre, which closed soon after the new SRCC campus opened.

Designed and built to LEED Silver standards using environmentally friendly materials, the facility has already made significant strides in energy efficiency and water-use-minimization since its debut. For instance, its mechanical systems use geothermal energy gleaned from a vertical well field comprised of 65 wells, with thermal storage also located in the building, according to the MCW website. It features in-floor radiant heating and is controlled with a fully integrated building management system. Additionally, it is equipped with CO2 control and smoke evacuation systems, full lock-down evacuation systems, and full energy monitoring and reporting systems.

MCW in particular provided full energy modeling, simulation and reporting to model the building with EE4, a 32-bit program that automates energy use assessments. EE4 applies all of Natural Resources Canada’s new building design rules to verify that a design is at least 25 percent more energy-efficient than if constructed to meet Model National Energy Code for Buildings 1997 requirements. MCW also performed multiple simulations to ensure the building would ultimately meet its performance goals.

More recently, however, SRCC partnered with Legend Power Systems Inc., based in Vancouver, British Columbia, to install the company’s Harmonizer system, which it announced in early December. The system was installed in a facility electrical room at the point where power enters the building to optimize incoming voltage. By operating equipment at a reduced and controlled voltage level, that equipment runs with greater efficiency — saving energy while at the same time reducing costly premature equipment failure and extending a product’s life expectancy, according to a statement by Legend Power Systems Inc. The partnership marks the first time the system has been used in a major correctional setting.

The move has already had measurable impacts and will cut the facility’s annual power usage by more than 94,000-kilowatt hours, resulting in a reduction in greenhouse gas emissions of 17 metric tons, according to company estimates. The investment is projected to achieve an internal rate of return of 24 percent and payback in less than four years.

The installation will help the prison avoid unnecessary replacements or retrofits of existing electrical equipment as well, and will reduce both energy consumption and greenhouse gas emissions.