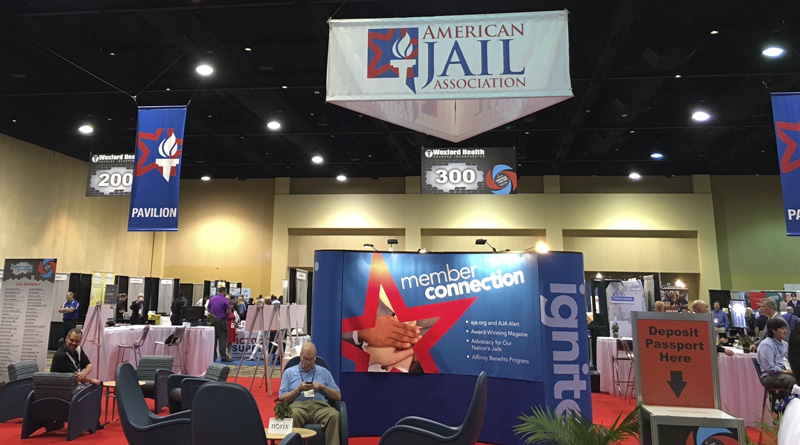 ORLANDO, Fla. — The American Jail Association’s (AJA) 36th Annual Conference in Orlando wrapped up on April 12, after four days of insightful workshops, exhibits and industry networking. In addition to the busy few days, tours to local correctional facilities were also available to attendees, including to Osceola County Corrections as well as Orange County Corrections.

AJA hosted its annual banquet on April 11 to award and identify industry leaders in various categories, including:

This year’s conference also included several sponsors, including, but not limited to: Paytel, Bob Barker Company, Aramark and Equivant. The 36th annual conference featured several new exhibitors, many of which are new to the correctional industry. A general consensus from the trade show floor was the impact of technology and health care companies in the exhibit hall. Along with the new companies to the industry, the long-term and loyal manufacturers, architects, suppliers and service providers were also represented.

The next AJA conference will take place April 22-25, 2018 in Sacramento, Calif. For more information about the 2017 and 2018 conference, please visit: www.americanjail.org.