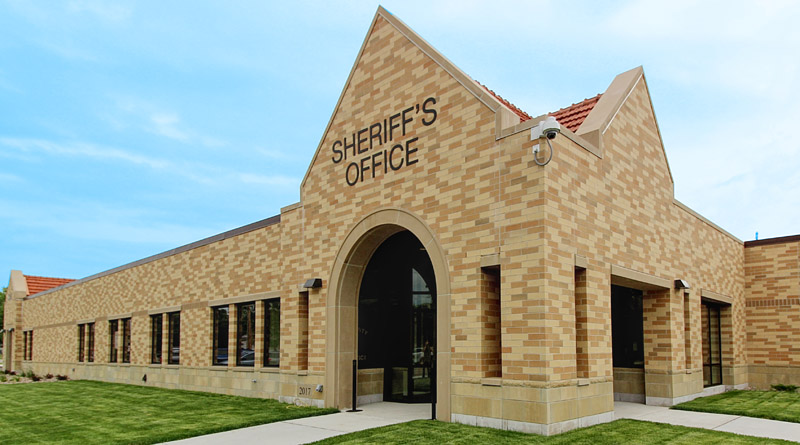 OCONTO COUNTY, Wis. — The new 148-bed Oconto County Law Enforcement Facility is almost complete, projected to be finished in October. Inmates were moved into the new facility on Aug. 7. Additionally, completion of connections from the new facility to the existing courthouse still remain as well as renovations on the existing jail to transform it into administrative spaces — all of which are expected to be complete by Nov. 30.

The new facility solves the county’s previous overpopulation problem and will accommodate the growing number of inmates in the county, while also saving the county the cost of housing overflow inmates in other jails. While the new facility addresses these overcrowding issues, the county will now have the ability to house inmates from other overcrowded jails in towns such as Forest, Brown and Marinette.

The new jail has 19 separate pods where inmates can be held, with a total of 27 cells in total outfitted so that an extra bunk can easily be installed. While the capacity of the new jail is technically 148, the rated capacity will be counted at 145, as three special observation cells are being reserved. These three cells located behind the observation deck are known as “negative pressure” cells, and are reserved for inmates when they are ill.

With the new facility comes multiple volunteer rehab, treatment and education programs, which were not previously provided due to lack of space. Additionally, an all-digital visitation set-up is expected to eliminate incoming contraband smuggling into the jail. Visitors will no longer be allowed to go into the jail property but instead will have their own entrance and access to the visitation booths, according to Carol Kopp, jail administrator for Oconto County in a recent interview with ABC News. Alternatively, families of inmates can “visit” their loved ones virtually from their homes, for a small fee.

The new facility contains state-of-the-art security systems, including master controls and more than 120 security cameras. The security of the new jail is said to be some of the best in the state by local authorities. Additionally, the new facility houses the new sheriff’s department and 911 call center.

While the new facility was not a LEED project, the design and construction team maintained goals of making the new facility as sustainable as possible. “The Samuels Group places great importance on lessening the impact that structures have on the environments in which they are built,” said Curt Schleicher, senior project manager at The Samuels Group. “In adhering to this philosophy, we implemented certain sustainable practices such as mandatory on-site recycling and the use of low-impact materials.”

Challenges on the project included the ability to stay on schedule, according to Schleicher. “As with any construction project, time is of the essence,” said Schleicher.

Aggregate piers were used for the structure, which involved drilling into the bedrock in order to set them, and created a delay in the timeline. “We had to install 1,449 aggregate piers to support the building before any other construction could begin, which impacted the schedule,” said Schleicher.

The impact, however, was well worth the challenges of staying on time, as the results included a savings of approximately $1 million.

As with many projects, the Oconto County Law Enforcement facility was a collaborative effort with many firms as well as the county. “The Samuels Group truly enjoyed working with the Sheriff’s Office staff and the County Board,” said Schleicher. “We worked well together to make the project a success.”