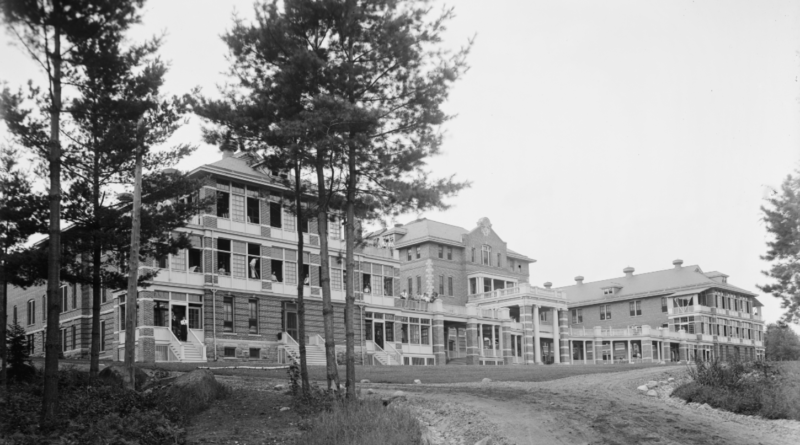 In a previous incarnation, the Adirondack Correctional Facility was originally the State Sanatorium at Ray Brook. Now it's slated to become a teen facility.

RAY BROOK, N.Y. — The Adirondack Correctional Facility in Ray Brook will soon become something of a teen scene — at least that will be the partial result when it converts from an all adult-male population into a center that addresses the needs of teen offenders.

Since becoming vacant in the summer of 2014, Franklin County officials were optimistic that the former Chateaugay Correctional Facility might be considered for redeployment as a juvenile-detention site; however, according to a report by the Press-Republican, Franklin County’s county manager Donna Kissane said negotiations led by local officials did not sway those that began in June 2017 and did not yield the result they desired. Instead, Adirondack Correctional was chosen for the new youth justice center.

Regardless of the decision, Kissane remained sanguine that the decision still represented a positive step forward for Franklin County since having a youth-oriented facility nearby will sidestep the county expensive transportation costs and will spare a number of area jobs. This likely came as a relief to employees who were only informed about the pending change this past week.

“I figured it was in good shape, and we certainly have the personnel in our area, so we could easily staff it,” said county legislature chair Barbara Rice, who alighted upon the notion after Gov. Andrew Cuomo’s “Raise the Age” initiative was announced.

The governor signed the measure in April 2017, which represents a major change in how the state deals with 16- and 17-year-old defendants, reported the New York Times. The measure moves the majority of cases with defendants in that age range  directly to Family Court or to judges with access to social services and special training.

The new law gradually raises the age of criminal responsibility in the juvenile-justice system from 16 to 18. It also requires counties to create youth courts to handle felony-level cases. Changes must be completed at the Adirondack facility by October 2018 to comply with the recently signed measure. Rice said that the Chateaugay was considered and even toured; however, given the project’s schedule, Adirondack represented a more viable solution.

As Rice told the Press-Republican, “Weighing that against the strict timeline they’ve got to get it done and getting Chateaugay up and running versus Adirondack, that’s the reason they picked Adirondack.”