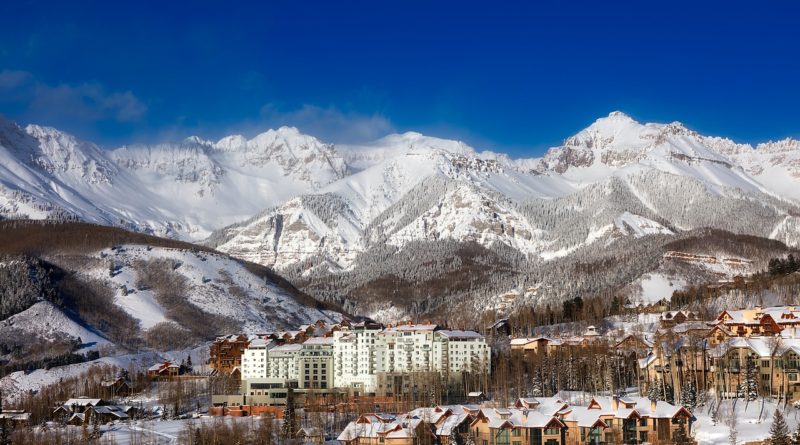 TELLURIDE, Colo.  — San Miguel County Commissioners held budget discussions in Telluride on Oct. 30 and 31 and Nov. 1. Several projects were earmarked for the upcoming year, including the expansion of the San Miguel County Jail.

The Colorado Department of Local Affairs (DOLA) is providing the county with a $500,000 grant that will help with the cost, leaving the county responsible to figure out the remaining $1.6 million. Requests for $30,000 from both Mountain Village and Telluride are out there, but no official decisions have been made just yet.

The San Miguel County Board of County Commissioners approved a $170,000 architectural and engineering contract with Kansas-based Archetype Design Group in December of 2016, which originally set in motion the major renovation plans for the county jail. The main push behind the renovations was to create separation within the jail between inmates and people who are there on mental-health or detox holds, according to Bill Masters, county sheriff of San Miguel in an interview with Telluride News last year. The project is projected to start as early as April of 2018.

The main addition that was proposed is a two-story building that adds approximately 5,000 square feet to the current jail. The structure will house all staff and administrative offices on the second floor, with the first floor serving to house a detox facility and an area for observation by paramedics, as well as a multi-purpose room that would be used for training and would double as a space for emergency operations and disaster management.

In addition, a second entrance will be created for processing those coming to the jail for detox or mental-health holds, as an improvement from the current setup where all are transported through the sallyport — the entrance for those facing criminal charges. Creating a separate section for those in a mental-health crisis is the “very least that can be done on the county level to begin to address the mental-health and substance-abuse problems in the region,” according to Masters.

The addition would resemble a hospital-like setting rather than a jail and also would treat those needing detox services. The project will also include the addition of two comfort rooms, expanding evidence storage and the creation of a new emergency operation center as well as interview rooms. A new backup generator is also part of the plan for the expanded jail, which will likely cost between $70,000 and $110,000. A new phone system will be part of the county jail expansion, with up to 12 new phone units being added to the expanded jail, according to Jim Soukup, IT director at the San Miguel County Jail, in a recent interview with Telluride News.

In addition to adding new phones to the new jail, a new phone system across all county buildings will be implemented and could cost as much as $85,000. Originally budgeted for 2018, Soukup decided to push the date of the countywide phone system replacement until 2019, but additional units with the current provider will still be needed for the jail.

The tentative date of adoption for the new budget that includes the future county jail expansion is scheduled for Dec. 20. A public hearing regarding the budget will be held on Dec. 6.