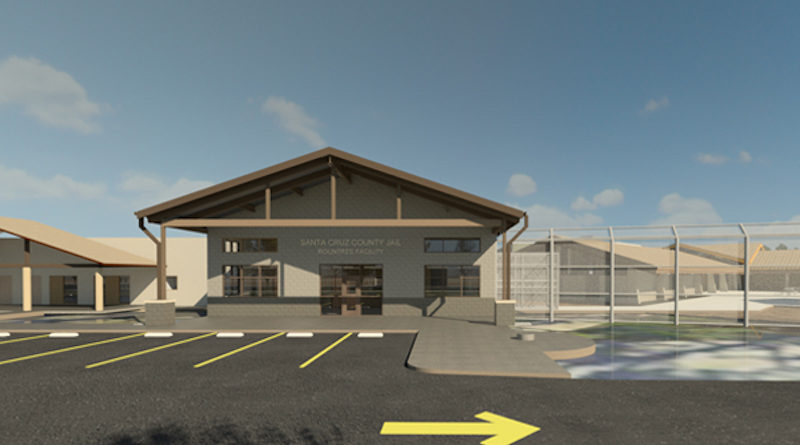 WATSONVILLE, Calif. — When most people think of Santa Cruz County, images of the beach, boardwalk and a clothing-optional university campus comes to mind. And now at least 64 long-term inmates in the county’s correctional system are probably thinking about transferring to the new Santa Cruz County Sheriff’s Office (SCCSO) Rehabilitation and Re-Entry facility, soon to open in Watsonville.

Built in 18 months, the $25 million, 16,000-square-foot minimum-security jail will start to house 64 inmates this July 2018. The new facility is the first new corrections project in Santa Cruz County in a quarter century.

As part of its rehabilitation program, the new facility will offer two vocational tracks to inmates for training in either construction or hospitality industries. Additional training in computer literacy and writing will be provided as well as courses in landscaping and agriculture. There will also be parenting skills training and domestic-violence prevention workshops.

Besides accommodating housing, visiting, administration, intake and release, the new jail will also have a computer lab as well as culinary arts and construction labs. Its central housing area will feature bunks and desks within individual quarters separated by four-foot partitions. There will also be two flatscreens within every inmate’s line of sight and a common area with game tables and sofas.

There are also new visiting areas that feature visitation rooms and video visitation stations. The new perimeter security fencing will permit inmates access to exercise areas and vegetable gardens, according to the County of Santa Cruz Department of Public Works. Rooms for workshops, interviews, classes and counseling each have a button (marked “DURESS”) installed to enable staff and those in need to call for help during an emergency.

In an effort to prevent recidivism, inmates who complete the realignment program will be connected with opportunities upon release with the county’s biggest employers.

SCCSO was awarded the $25 million for the facility by the Board of State and Community Corrections under Senate Bill 1022. National firm Gilbane Building Company built the project with Phoenix-based Arrington Watkins Architects under a design-build contract.