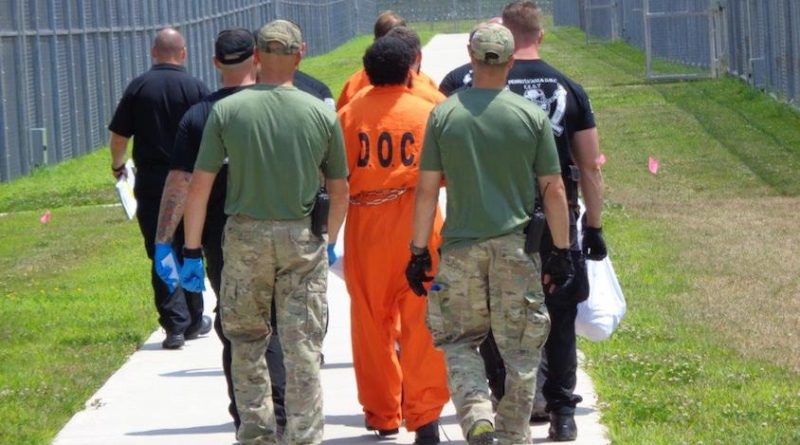 “Employees and inmates have been waiting patiently for this move to take place,” said Corrections Secretary John Wetzel in a statement. “We are aware of the anxiety that this move has caused everyone, and we have worked diligently to plan for every aspect and to ensure that the transition is smooth for everyone involved.”

The facility is built on 164 acres that were previously the grounds of SCI Graterford. Beleaguered by squabbles with its contractor, the Phoenix, as the project is locally known, was originally due to open Nov. 20, 2015. Thereafter, delays began to accrue, including a hiatus on the project that lasted until May 2017. Consequently, the Phoenix was slated to open the following September but that date was also scuttled. An opening ceremony was conducted in early June 2018; however, the stated goal of moving inmates into the facility by June 30 fell by the wayside as necessary security inspections led to additional delays.

Finally, at about 9:15 a.m. on July 11, the 89-year-old SCI Graterford was locked down and the move to SCI Phoenix commenced. For security reasons, officials did not indicate how many inmates are being moved each day apart from a vague suggestion of “several hundred,” nor would they indicate how long the operation may take other than stating that “it will take as long as is necessary to have a smooth, successful move.”

Higher-risk inmates, including those involved in capital cases and parole violators, as well as those housed in the infirmary or under special observation, were the first to be moved.

When the move is complete, SCI Phoenix will house roughly 2,648 former SCI Graterford male inmates in 15 housing units (though there is total capacity for 3,830 inmates). In total, the new state prison cost $400 million — about $50 million more than initially expected. Walsh Heery Joint Venture, a Pittsburgh-based partnership for the national general contractors, has overseen the project’s construction since 2013.