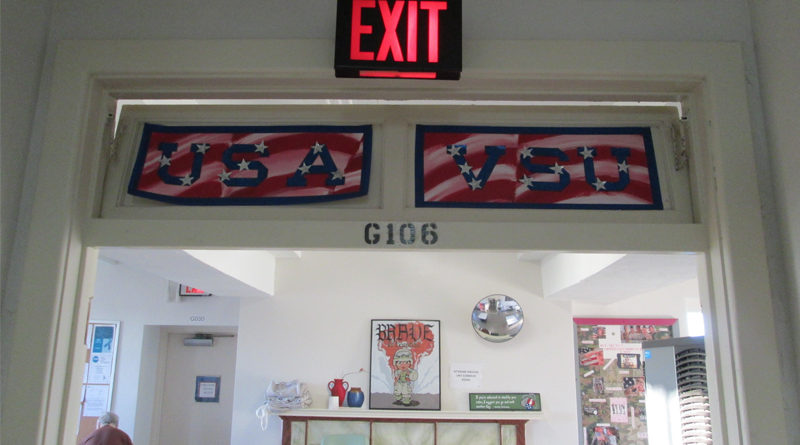 “The DOC is proud of its efforts building strong programs for veterans that encompass a wide-range of needs,” said Wetzel. “There are more women in the military than ever before and it’s essential that we provide services to those who served their country so that they return to the community as healthy and productive citizens.”

SCI Muncy, formerly known as the Industrial School for Women, is located just a 15-minute drive from Williamsport, Pa.  The prison serves as the diagnostic and classification center for all women entering the state prison system.

Since the launch of its first dedicated veterans unit in 2014, the DOC has worked to expand its housing units and services for male inmates who served in the armed forces. There are currently Veterans Service Units at five prisons and Veterans Services Offices at the remaining 20 facilities. The programs serve approximately 3,000 verified inmate veterans who represent almost 7 percent of the 47,000 inmates in the DOC system.

Beyond the services, the programs offer veterans a chance to reestablish bonds they developed in the military and restore their sense of pride and teamwork.

“No matter what branch of the armed services these female veterans once served in, they all know the sense of camaraderie, team work and sense of pride that comes with serving their country,” said Maj. Gen. Tony Carrelli, Pennsylvania’s adjutant general and head of the Pennsylvania Department of Military and Veterans Affairs. “The opportunity to reside in this Veteran Service Unit allows them to get back into the ‘basic training’ mentality where they once thrived. There will also be opportunities for them to take advantage of veteran-related programs and services that will support their successful re-entry back into the community.”

In order to qualify for any of the veterans’ units, including Muncy, an inmate must be a verified veteran who is free of misconducts for a year and generally within three years of release.

SCI Muncy is a medium/maximum security facility for adult female inmates and is located in the borough of Muncy, Lycoming County, approximately 18 miles east of Williamsport.

Originally established in 1913 as an Industrial Home for Women administered by the Pennsylvania Department of Public Welfare, it was incorporated into the Bureau of Corrections as the State Institution at Muncy in 1953.  Muncy encompasses 793 acres of land.  Approximately 30 acres are inside the institution’s perimeter security fence, which encloses 15 permanent and two modular inmate housing units.