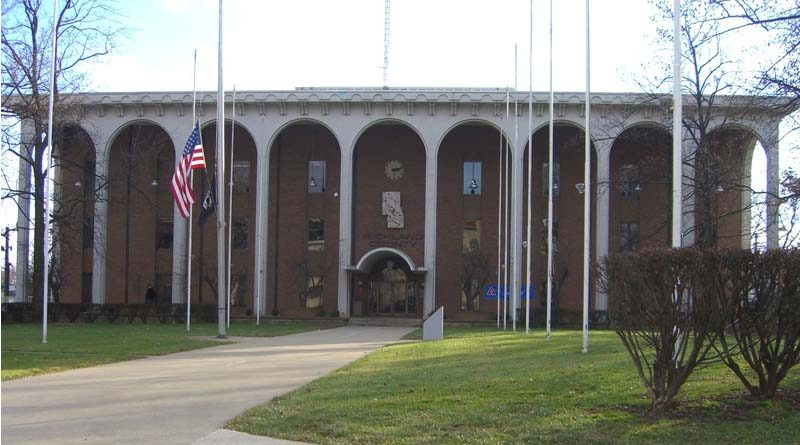 Richland County Commissioners are considering $1.2 million worth of renovations and upgrades for the Sheriff’s Office and 911 operations. Photo Credit: Nick Juhasz

MANSFIELD, Ohio—Richland County’s most recent credit rating could save the county more than half-a-million dollars over the next 15-plus years with new bond sales.

As reported recently in the Mansfield News Journal, the county received its highest-ever credit rating from S&P Global for its general obligation debt in advance of an upcoming bonds sale to refinance the remaining debt on construction of the current county jail.

At present, the Richland County Commissioners are considering $1.2 million worth of renovations and equipment upgrades for the Sheriff’s office and 911 operations.

“Our 911 center is grossly undersized—more of an afterthought—and has floor space problems because we’re not able to communicate back and forth with radio traffic bleed over,” said Sheriff’s Operations Captain Jim Sweat, in a statement. “It’s served its purpose for the time it has, but we’re at the point that it needs an upgrade.”

Richland County Commissioners’ Chairman Tony Vero said the board is “extremely pleased” with the rating, which is the best in county history.

The rating review process started in late September when Joseph Robertson, managing partner of the Hilltop Securities office in Columbus, Ohio, and the county’s consultant on long-term debt, said it was a good time to refinance the jail bonds because interest rates on borrowing peaked at the beginning of the year and have now hit the floor.

Robertson told commissioners at a meeting in September that refinancing the current bonds will save the county a net of approximately $525,000 in interest over the 17-year life of the new bonds. The new bonds, which will cover $6.2 million remaining in the jail debt, will be sold the first week of December and will have the same final payoff dates.