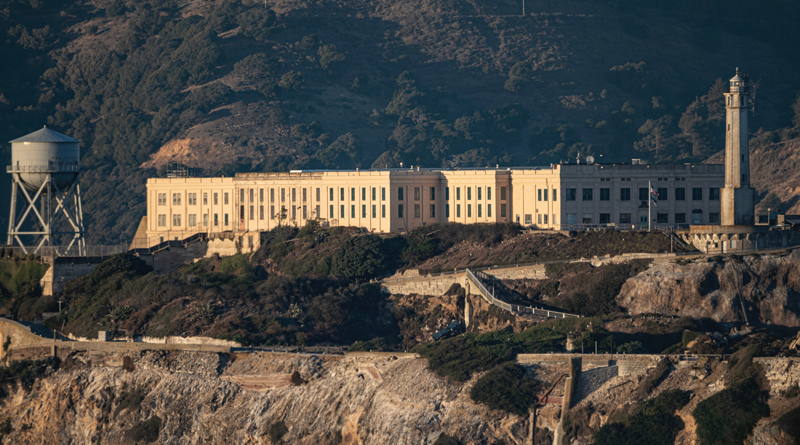 The well-established writer’s guild program at San Quentin will now be branching out and be accessible to inmates at the Folsom Women’s Facility. Photo Credit: Pexels

SACRAMENTO—California Department of Corrections and Rehabilitation (CDCR) and the Friends of San Quentin News have announced they are bringing the successful San Quentin News writer’s guild program at San Quentin State Prison (SQ) to Folsom Women’s Facility (FWF). The unique partnership will offer FWF incarcerated people journalism training, professional development and mentoring, with the goal of establishing a newsroom staff at FWF that regularly contributes content to the San Quentin News.

“Providing positive emotional outlets, personal connections, and a feeling of community are integral to a person’s rehabilitation,” Folsom State Prison and FWF Warden Rick Hill said. “We support the value of bringing this program to FWF to teach the population important journalism skills that will enable them to share their unique challenges and rehabilitation experiences in a female institution with a wider audience.”

An initial group of 10 participants at FWF will go through a 26-week journalism training program led by outside advisors and volunteers. They will learn the essential skills needed to become journalists, including interviewing and research skills, learning AP Style, and developing writing techniques, all of which will guide them in producing thought-provoking and informative news stories. The guild participants celebrated the kick-off of the program on Nov. 1.

“Hearing the stories of success from members of the guild at San Quentin, specifically how the program makes them feel that they are getting their voice heard, has made me eager to join the guild at Folsom,” said FWF Writer’s Guild participant Mary Palomera.

“I’m looking forward to seeing how my words may promote social justice and inform those outside about the important issues facing incarcerated women,” said FWF Writer’s Guild participant Virginia Cervantes.

The FWF writer’s guild program will be supported by the nonprofit Friends of San Quentin News and led by Lisa Armstrong, an award-winning journalist and University of California Berkeley Graduate School of Journalism professor, with help from current and recent Berkeley graduate students.

“We’re thrilled to bring San Quentin’s transformative journalism guild to the people at Folsom Women’s Facility,” said Jesse Vasquez, Director of Development for Friends of San Quentin News and former editor-in-chief of the newspaper. “When I first entered prison, all I had was my past, with no future. The guild was instrumental in helping me to see the world from a completely different perspective and in developing my own path towards rehabilitation. I’m eager to see the impact the women at Folsom will make through the program.”

Currently, San Quentin News has a staff of 12-15 incarcerated persons, aided by professional advisors and volunteers, who together work to produce the monthly newspaper. San Quentin News is made accessible to the approximately 100,000 incarcerated people in the CDCR through distribution to all 36 California state prisons and select California jails. It is also ready in paper and online by justice system stakeholders, donors, and concerned citizens across the US and worldwide. To date, there is a zero percent recidivism rate among program graduates. Writers for the San Quentin News have also used their journalism skills to publish stories and op-eds in The Washington Post, The Sacramento Bee, Vice and the San Francisco Chronicle.

Dozens of writers have graduated from the San Quentin News Journalism Guild program over the last 10-plus years and have since produced hundreds of stories published in the newspaper. Instructors have included award-winning journalists from major publications including the Associated Press, Reuters and The Wall Street Journal, among others.

The printing, distribution, and outside operations of the newspaper are charitably funded.  Foremost, the Reva and David Logan Foundation generously support the San Quentin News and the Friends of San Quentin News efforts to elevate the voices of the incarcerated.

“Kudos to San Quentin News for presenting a critical and transparent overview of the issues that affect incarcerated men and women, the recently released seeking a positive reentry and their families. The insights are vital for everyone who cares about the future of our society,” commented Richard Logan, President of the Reva and David Logan Foundation. “The new program at Folsom is a seminal part of San Quentin News’ strategic expansion. Our hope is that many other foundations, corporations and individuals will recognize the importance of their work and join us in supporting it.”

Under the administration of Folsom State Prison, FWF was activated in January 2013 and currently houses approximately 240 incarcerated women. The 523 bed stand-alone facility provides housing, rehabilitative and reentry programming, substance abuse treatment, and job training to the medium- and minimum-security female population. FWF is the northern most female facility in the state, allowing female offenders to maintain closer ties to family and relatives in the area.