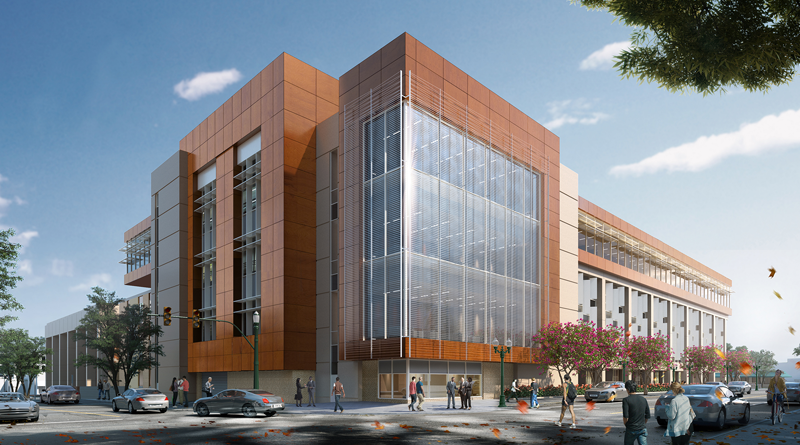 CONCORD, N.C.—Silling Architects is serving as the Architect of Record for the design and construction of a new courthouse to be located in Concord. Built over 45 years ago, the existing courthouse was constructed at a time when the county population was approximately 80,000. With a current county population of 206,000 and a 130% increase in court caseload activity over the last three decades, a plan for a new and expanded courthouse had become a top priority for the County’s Board of Commissioners.

Representing a significant architectural development within the urban core of Concord, and expounding on the social and civic legacy of the courthouse site, the new Cabarrus County Courthouse will take a bold step in contributing to the continued revitalization of the downtown.

While the existing courthouse fronting Union Street will be completely renovated and continue to be utilized to serve and support the administrative functions of the court, a new addition and new public entry element will reshape the identity of the courthouse campus.

The intentional siting of this new primary entry is the defining element of the concept, and establishes a new public plaza space that honors the historic notion of courthouse entry while informing future redevelopment North along Church Street and beyond.

Messer is serving as the Construction Manager for the project.