Even though renovations to the main courthouse in Broward County, Florida, have been largely completed, taxpayers could be on the hook for an additional nearly $6 million, as a judge has said the new complex doesn’t have a courtroom large enough to host a “major” trial that could be attended by media, according to the Sun-Sentinel.

END_OF_DOCUMENT_TOKEN_TO_BE_REPLACED 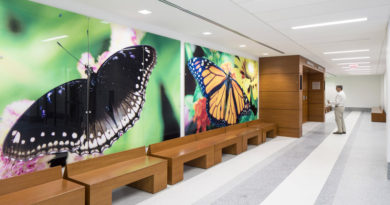 The Broward County Judicial Complex West Building celebrated a ribbon-cutting ceremony on May 11.

END_OF_DOCUMENT_TOKEN_TO_BE_REPLACED