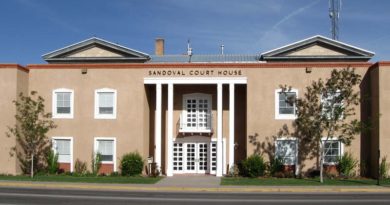 Renovations and additions to the Sandoval County Detention Center in Bernalillo, New Mexico remain on budget and on schedule for completion by May 2021.

HOT SPRINGS, Ark. — Arkansas Governor Asa Hutchinson is currently seeking $7.4 million in funding from the state to open 200 additional prison beds to ease the backlog of inmates being housed at local jails.

Hutchinson told the Arkansas State Sheriffs Association that he would ask lawmakers to approve of funding in about 18 months for the Pine Bluff Prison facility. “I’m asking for your patience and your support and to recognize that there is hope around the corner,” Hutchinson said in a statement.

The county has until the end of November to show progress in solving chronic jail overcrowding or faces the possibility of the jail being shut down by a review committee.

Officers can also conduct a sex offender’s scheduled verifications or change information through the new online system, which was developed with a federal grant that equips local law enforcement agencies with an electronic signature pad and web camera.

LITTLE ROCK, Ark. — Gov. Mike Beebe recently signed into law an overhaul of Arkansas sentencing and probation programs aimed at reducing the state’s growing prison population, but he was uncertain how much of an impact the reforms would have.

"This is kind of new territory," Beebe said after signing the 167-page bill at the state Capitol. "We don’t know if this is going to work for sure. Just by anecdotal evidence, you know it’s going to have some effect. Is it going to have as much effect as everyone hopes or desires? Nobody knows."

Anchored by the offices of the Sheriff’s Department and boasting two courtrooms and 318 detention beds, the 89,000-square-foot White County Law Enforcement Center combines discrete judicial, enforcement and detention components in an all-in-one justice center tailored to the rural Arkansas community it serves.

END_OF_DOCUMENT_TOKEN_TO_BE_REPLACED