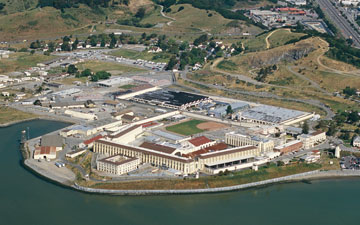 SAN RAFAEL, Calif. — On the eve of the awarding of a contract for the first phase of new death row expansion project at San Quentin State Prison, a roadblock may have been thrown in the path of the proposed development.

The Marin County Board of Supervisors voted this week in closed session to file a lawsuit challenging the use of line-item veto by Gov. Arnold Schwarzenegger in a budget item related to the proposed construction. The county is seeking a court injunction to stop the project from moving forward.

The vetoed legislation included language requiring studies, the resolution of state prison system overcrowding, and the legal justification of double-bunking inmates, according to reports.  The specific language taken out by the governor prohibited California’s Dept. of Corrections from moving forward on the project until said conditions had been met.

In 2009, Gov. Schwarzenegger committed $64 million in initial construction costs via a loan through California’s pooled money investment account — part of the state’s general fund — which drew criticism from local lawmakers.

“Our lawsuit is going to challenge the governor’s authority to use a line-item veto to delete substantive provisions of a bill," says David Zaltsman, deputy county counsel for the County of Marin.

H.D. Palmer, an aide to Gov. Schwarzenegger, says in reports that the governor had the veto power because the item was in a budget bill.

But State Assemblyman Jared Huffman (D-Corte Madera) who opposes the expansion explained that while the California State Constitution does allow the governor to use line item vetoes on budget matters — it is only for items related to appropriations, and not for policy matters.

“What the governor attempted to do last year was to take a sensible approach to an issue and drive it through to his own conclusion,” Huffman says. “An ultimate example of waste, fraud, and abuse is Governor Schwarzenegger taking $64 million from the General Fund to ramrod the prison project through. The project needs to be stopped until legislative conditions are met.”

Huffman added that with a change leadership coming to Sacramento in January after the election of Jerry Brown, that he doubted the project would have the support that it had under Schwarzenegger.

“We have a fresh new leader who is willing to take a another look at the San Quentin project,” Huffman said. “[Schwarzenegger] knows that the new governor opposes it.”

The proposed 768-cell facility is slated to be built on a 40-acre site on the grounds of the state’s oldest prison, and will cost an estimated $360 million, according to official documents.

A pre-bid conference was held at the prison on Aug. 26 and was attended by architectural and construction firms. State corrections officials were on-hand and divided the project into several bid packages.

Elements of the project include additional minimum-security housing. A warehouse and several support buildings that currently occupy the site will be demolished to make way for the approximately 540,000-square-foot condemned inmate complex.

The new complex, if completed, will have an operational capacity of up to 1,152 inmates, officials say.