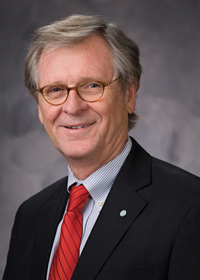 Well, we did end 2012 proving the Mayans were not infallible forecasters and that the most ineffective Congress on record could be prodded into action by a threat of two straight days of showing up. We also took timid, but hugely significant steps towards becoming more “European” in our national incarceration rate as we achieved the lowest in three decades.

This last achievement opens up many new avenues for the correctional community, the most important being the potential for appropriate justice that reduces the reliance on incarceration as the first choice for criminal sanctions. From a conditions-of-confinement perspective, less crowding in facilities would give every aspect of a correctional system, from boilers to beleaguered staff, a much needed break.

We are a long way from our 700/100,000 incarceration rate to the European average of about 120, but we didn’t get in that elite club overnight and neither will we forsake the distinction rapidly; but 2012 saw the U.S. continue to move towards a more balanced approach to justice. The trend in public attitudes and political fiat has us thinking the shrinkage may be sustainable.

Speaking of which, during 2012, the Academy of Architecture for Justice (AAJ) continued to explore the implications of design and planning choices on human behavior in justice facilities; aided immeasurably by the publication of Dr. Rich Wener’s book, The Environmental Psychology of Prisons and Jails: Creating Humane Spaces in Secure Settings. In one bound document, we have an evidence basis for many design choices that intuitively we may have thought were appropriate.

One subcommittee of the AAJ has spent the last several years addressing the topic of sustainability. What started as a vetting of the LEED criteria for justice facilities in their environment morphed into a much broader definition of sustainability. In numerous ways, the AAJ is attempting to demonstrate that, while incredibly important, achieving a LEED certification should be secondary to developing systems that sustain the practice of restorative justice.

Just one example of the committee’s work has been a re-thinking of the impact that the “front door” of a jail or prison could have on the notion of sustaining justice in the community. We spent a couple of decades pushing correctional facilities further into remote greenfield sites and caring little about the statement the facility makes about the community’s role in reentry after release since no released prisoner was going to live in a cow pasture.

The multi-directional winds of change are howling. Not only has there been a discernible shift away from locating prisons in the remotest corners of the planet (partly influenced by enhanced environmental awareness), but there is now a much greater awareness that locating, or re-purposing, facilities where inmate families and support services actually reside is critical to sustaining reentry. The “front door” of the facility makes a statement about how welcome the community should feel in exercising the critical role in the reentry steps.

Even in the face of evidence that correctional facilities do not contribute to a decline in surrounding land values, the NIMBY constituent consistently pushes facilities away from where the best opportunities for reducing reoffending exist: Mister Rogers’ neighborhood. The work of the AAJ is instrumental in raising the level of discourse about what the base meaning of a correctional facility is meant to be and how good planning and design can link a correctional mission to a social benefit.

Not surprising, restorative justice, which is really a fancy term for the acceptance of responsibility by the victims, inmates, and community, starts with defining the appropriate role for the “neighborhood.” The shift in thinking, supported by evidence, is a focus on engagement between the offender and the neighborhood that will be a critical part of the reentry before and after release. And the architectural response has to include access to inmates in spatial and electronic terms.

Inspired by the AAJ committee work, I have been paying a lot more attention to the invitation (or rejection) that is presented to a community by the appearance of the facility, and in particular, the front door. Recently in Ontario, I worked with the Ministry of Children and Youth Services to develop design principles for existing and new facilities. This was one of the most interactive and enlightening workshops I have known as the team debated the role that the image of the facility has on engaging the community in the restorative process.

In a panel discussion being held at the late January Winter Meeting of the ACA in Houston, this topic will be explored in greater detail by members of the AAJ Committee and the attendees. As we look out to the next five years, the design community faces a decline in the number of new correctional projects but a focus on re-purposing or renovation of existing facilities. This reality, combined with the sparse number of new facilities, also offers both community and designers the opportunity to explore better ways of connecting to Mister Rogers’ neighborhood.

Design is not the solution, but is one of the most important bridges between the offender and the expectant neighborhood. Initiating and sustaining the link between the two invested parties does have a spatial and aesthetic dimension that is worthy of exploration.