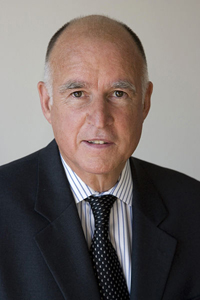 WASHINGTON — California Governor Jerry Brown has been given 21 days to reduce the number of inmates from the state’s 33 correctional facilities or will be held in contempt, according to federal judges.

According to a CDCR report, the prison system, which currently houses 119,542 inmates, is at 149.5 percent capacity. The panel of judges, consisting of Judge Stephen Reinhardt, Judge Lawrence Karlton and Judge Thelton Henderson, mandated that this percentage must be lowered to 137.5 percent capacity by December or approximately 9,500 inmates could be released.

"California still houses far more prisoners than its system is designed to house," the judges ruled. "At no point over the past several months have defendants indicated any willingness to comply, or made any attempt to comply, with the orders of this court.”

The governor has ignored and “blatantly defied” the court’s order to reduce the prison population, according to the 71-page ruling filed by the federal judges.

In January, Brown had sought to end federal oversight of the California prison system, stating that the issues that were once under serious scrutiny were now solved.

“The prison emergency is over in California," Brown said in January. "California is a powerful state. We can run our own prisons. And by God, let those judges give us our prisons back. We’ll run them right.”

The judges also raised serious concerns in regards to inmate mental and medical health care. By reducing overcrowding, the prison system will be closer to providing adequate medical and mental health care, the ruling said.

“Following 14 days of hearings, the court found that overcrowding was the primary cause of the ongoing constitutional violations with respect to both medical and mental health care,” the ruling said. “Most important, there was sufficient evidence in each case to support a population reduction order.”

California has faced a series of lawsuits citing mental and medical health care concerns, including lawsuits facing Riverside and Fresno counties that sheriffs have said is a result of Brown’s realignment act.

The original deadline to meet 137.5 percent capacity was June 2013, however, the judges granted a six-month extension.

If Brown and state correctional officials do not comply with court mandates, “they will without further delay be subject to findings of contempt, individually and collectively.”

“We make this observation reluctantly, but with determination that defendants will not be allowed to violate the requirements of the Constitution of the United States,” the ruling concluded.

However, officials from the California Department of Corrections and Rehabilitation (CDCR) have criticized the judges’ ruling.

"The truth of the matter is that California has invested more than a billion dollars to transform its prison health care system into one of the best in the country," said Deborah Hoffman, spokeswoman for the CDCR in a statement. "Our prisons now provide timely and effective health care to inmates that far exceeds what the Constitution requires."

Gov. Brown, who was in Shanghai Thursday, told press he would take the case to the Supreme Court.

"Look, California prisons are run by honorable men and women," Brown said to Sacramento Bee reporters. "They’re doing the best job possible. We have, I believe from what I’m being advised, among the best health care in America and probably in the world. Now the judge sees it differently, and all I can say is I respect his differences, but we will take our case to the higher courts."