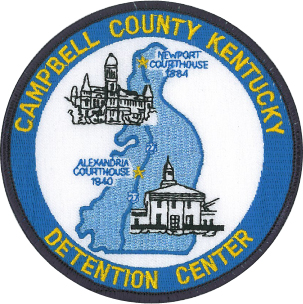 NEWPORT, Ky. — The Campbell County Detention Center in Newport is currently in the final phase of a four-phase construction project that started in 2005. This last phase includes renovations of the existing center, as well as additional medium-security beds and a new isolation wing that will be used to house inmates in a substance abuse program.

Lexington, Ky.-based Branstetter Carroll Inc. is serving as the architect on the project, and the county plans to ask for construction bids later this spring. Once construction starts, the project should take about a year to complete.

The first phase of the ongoing project included construction of the 124-bed Restricted Custody Center, which moved the county’s Class D inmates to a minimum-security facility two blocks away from the jail, said Eric Chambers, AIA, CDT, CPO, LEED GA, associate at Branstetter Carroll Inc. Phase II included construction of a larger kitchen and laundry facility, which added the necessary support functions for the future phases and current populations.

Phase III included a 256-bed addition, which was a two-story addition that contained four direct supervision dormitories and support functions such as showers, restrooms, storage and exam rooms, according to Chambers. It also involved renovating the former kitchen and laundry space into a medical ward, redesigning the old booking area into a passive booking area and reconstructing the sallyport to provide additional space for vehicles.

The current work is Phase IV, which includes renovating the existing abandoned District Court building to increase the administration offices and add additional medium-security general population beds, training room for staff, a multipurpose room for general education and other types of activities for inmates use. Phase IV also includes renovation of the existing public lobby, arraignment rooms, medical wing and expansion of the processing and booking areas. This phase also includes a new addition for an isolation wing containing 31 units and support spaces such as showers, storage, mechanical and security. Security electronics and CCTV systems throughout the facility will be removed and replaced along with security hardware. Once completed, the detention center will have a total of 656 beds (including the 123-bed Restricted Custody Center), according to Cincinnati.com.

“The removal and replacement of the existing security hardware, CCTV and security electronics is a necessary but difficult design element,” he added. “Updating existing finishes and abuse that a facility goes thru is also key component of the project.”

Chambers said that challenges on the project include renovating the existing building and constructing the addition while the facility is still in operation. “The design team has worked diligently to understand the necessity to maintain operations and have laid out a plan to achieve this functionality,” he said. “The design team will be working with the contractor and the owner throughout the construction to aid them in this endeavor as it will not be a simple task but a continuous and evolving operation.”

Another challenge is how to tie the existing building and additions together and be able to get utilities interconnected and elevations and connections made properly. “The design team has had countless studies and field investigations to work these out,” Chambers said. “Furthermore, making the existing and new look like they have been there and connected is also a challenge and has taken countless meetings and design concepts to achieve what is believed to be a reasonable outcome.”

The renovation of the existing District Court building into a correctional facility is also difficult and has taken design meetings with both the Department of Corrections, the county officials and the design team to achieve the level of security needed to meet the statutes and construction standards for this type of facility, Chambers added.

One last but not final challenge is that the project is essentially landlocked, and the design team and county officials had to acquire easements for utilities for the facility that sits on the state-run and -occupied juvenile detention facility. This process had to go to the state for review and approval, as well as to each respective utility for approval.