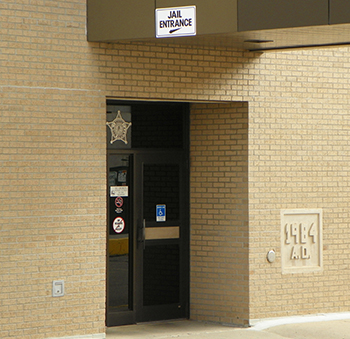 MINOT, N.D. — Following the approval of a $24 million bond proposal, Ward County, N.D., commissioners in Minot are now meeting with financial professionals to begin the borrowing process for a new 100-bed jail expansion. The project will more than double the size of the existing facility and received considerable community support.

Ward County citizens in February voted in a special election to approve the jail expansion, as well as renovations to the county courthouse, according to KXNEWS. This followed a 2012 vote in support a then 50-cell expansion with a price tag of $40 million. However, due to the region’s recent drilling-related population boom, which has also resulted in quicker than expected growth in the county’s correctional system, the project was expanded.

In the early 2000s the jail’s population hovered between 40 and 50 inmates, increasing to an average of nearly 70 by 2009. Recently the jail has held upwards of 130 inmates, though it contains bed space for just 104. In October 2014 county correctional officials were ordered by the state to bring the jail population back down to capacity by the beginning of November, which they accomplished, but the need remains.

“You need a certain amount of square feet for each inmate," said Ward county Sheriff Captain Bob Barnard reported KMOT-TV News in early February. "If the cells are large enough, you can put two inmates in each cell but you obviously can’t mix male and female, we can’t mix sentenced and presentenced, we can’t mix violent offenders with non-violent offenders. So to say, for instance, if you have 50 cells, that doesn’t mean that you can hold a hundred people.”

The county’s current facility was built in 1981. Officials began working with JLG Architects of Minot to develop a jail plan that would add cells and alleviate crowding. Along with tripling the county’s current number of cells, the planned 65,000-square-foot, four-story addition and remodel will add new inmate recreation areas, a public lobby and entrance, visitation areas, administrative offices and improved inmate health care spaces. It will also feature state-of-the-art security upgrades and technology throughout, providing a more secure environment for both staff and inmates. Current plans show the jail expansion will be constructed of precast concrete wall and structural systems, as well as prefabricated steel holding cells, to speed the construction process. Designs should be completed by June with bid packages becoming available in July.