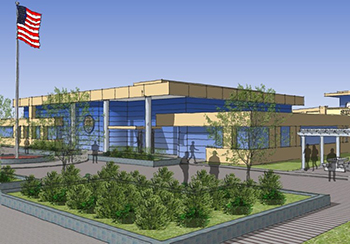 This latest hearing follows three informational meetings held over May and early June in Salt Lake City, Grantsville and the Eagle Mountain/Fairfield area, all of which are potential sites for the soon-to-be-relocated state prison. It also marks the first time the state’s Prison Relocation Commission (PRC) will allow public comment on the controversial move.

“The hearing will provide another opportunity for the public to weigh in on critical decisions that will significantly improve our corrections and criminal justice system,” said Rep. Brad Wilson, who co-chairs the PRC with Sen. Jerry Stevenson, in a statement. “We want to ensure that we fully understand the questions and concerns that citizens in host communities and elsewhere clearly have.”

The PRC expects to make a final site recommendation — which will be voted on in a special session — in the coming months, according to a statement. The four finalist sites being considered are:

The contentious relocation plan inspired some heated debate, particularly in Utah County. The Salt Lake City Tribune reported earlier this month that more than 700 Utah County residents attended the final informational meeting. They were concerned that the planned 500-acre prison complex would stunt residential and commercial development. In addition to economic development concerns, opponents noted that a substantial amount of road would have to be constructed to reach the site where inclement weather could also pose a challenge. Meanwhile, the Salt Lake County plan could run into site problems tied to wetlands and lack of bedrock, and the Tooele County site may encounter water availability issues.

Proponents of the move, regardless of the final site, noted that the existing facility in Draper is falling apart, preventing the state from instituting reforms, improvements and new technologies. Crumbling 1950s- and 1970s-era buildings populate the 700-acre complex, and lawmakers and PRC members would instead prefer to see the state build a modern, campus-like correctional complex.

Additionally, officials hope to repurpose the existing Draper site as a business park, as a number of tech companies are already located nearby. The state’s Prison Relocation and Development Authority completed a master plan and study, which found that, when fully developed, the yearly economic impact of the reimagined Draper campus would total roughly $1.8 billion.