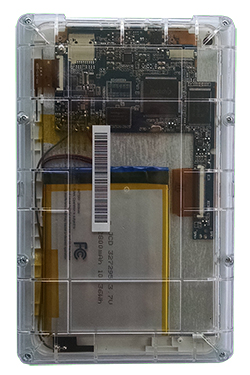 RESTON, Va. — Following three years of research and development, Global Tel*Link (GTL), headquartered in Reston, announced on June 4 that it has successfully deployed new inmate tablet technology that could contribute to efforts to reduce recidivism. The company’s Inspire tablets offer features such as a telephone, educational materials, streaming music capabilities and other features for inmate use, all while maintaining the security necessary for a correctional environment, according to a statement by GTL.

As security remains a primary goal for all correctional facilities, and electronic devices could give inmates an unauthorized link to life outside the facility walls, GTL ensured all hardware and software meet stringent correctional security needs while expanding communication options and recidivism-fighting efforts. Additionally, tablets can also function to help streamline commissary ordering and grievance and administrative request processing.

The devices will also have the capacity to contain both educational content and helpful facility-related information. This can include everything from policies and rules to employment training manuals to social-emotional learning tools for skills like maintaining healthy relationships and anger management, according to the company. Limited entertainment options will also be available, potentially promoting a more positive environment. The company notes that this combination of offerings can also help inmates ready themselves for a recidivism-free life after release.

"We believe that the Inspire devices are the future of inmate communications, education and entertainment," said Anthony Bambocci, GTL’s chief marketing officer. "They improve a facility’s operational efficiencies by reducing costs and conflicts over access to phones, and have nearly limitless educational possibilities. In addition, the three years we have devoted to the design and security of our proprietary portfolio of devices and wireless access has been time well spent. Our devices have been inspected, reviewed and tested by corrections security staff and other experts in the field, making us confident they adhere to the strictest correctional security standards."

The secure devices resist any efforts by users change pre-determined settings and allow for remote management of all settings, applications and firmware. Additionally, similar to how many consumer product lines push new firmware versions onto devices remotely, GTL will be able to push the installation of operating system enhancements throughout the life of the tablet, according to a statement.

The company has already launched its wireless tablet technology in correctional facilities. Alameda County, Calif. currently operates one of the largest deployments of correctional wireless tablet technology in the country, according to GTL, and allows inmates to place calls of up to four hours in length directly from their jail cell. This ability to maintain communication and connection with friends and family has been linked to a reduction in recidivism. Additionally, the Alameda County Sheriff’s Office Detention and Corrections Unit provides educational content on all tablets.

"Using the Inspire tablets has allowed us to provide valuable educational content to our inmates, helping them to prepare for productive lives once they are released," Alameda County Sheriff Gregory Ahern said in a statement. "In addition, providing tablets to individuals has lessened conflicts surrounding the use of traditional inmate phones and given inmates productive ways to spend their time."