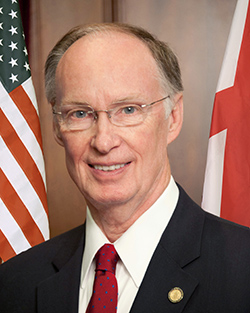 MONTGOMERY, Ala. — In late February, Alabama Governor Robert Bentley announced the introduction of the Alabama Prison Transformation Initiative Act. The new legislation will provide for the construction of four modern and more efficient prison facilities for both male and female offenders.
The purpose of the Alabama Prison Transformation Initiative Act is to reduce overcrowding and improve safety conditions for inmates and corrections officers, allow for additional inmate re-entry programs and to improve operational practices and procedures for the Alabama Department of Corrections (ADOC), according to a statement by the governor. The legislation allows for the issuance of up to $800 million in bonds for up to 30 years by the Alabama Corrections Institutions Finance Authority with the debt service on these bonds to be paid from savings within the annual budget of ADOC. State Representative Steve Clouse, R-Ozark, and State Senator Trip Pittman, R-Montrose are sponsors of the legislation.
“We have made significant progress over the last year to improve our criminal justice system, and with the construction of four new and modern prisons, Alabama is poised to be a national leader in safe and effective incarceration of inmates,” Gov. Bentley said in a statement. “We cannot move our state forward without addressing the issues that have plagued the prison system for decades. We have a good plan to address the issues and with the partnership of the Alabama Legislature, we can solve the issues and make the Department of Corrections more efficient.”
Many of the state’s existing prison buildings were constructed decades ago. Outdated designs combined with age and deterioration is causing numerous operational problems throughout the prison system. This includes increasing regular maintenance and repair costs, and increasing correctional and support staffing costs because of the geographic disparity of the system. Additionally, the antiquated designs offer inefficient areas in which to deliver inmate medical care, in turn increasing the cost of transporting inmates from prisons to better equipped medical facilities.
“This prison transformation legislation is yet another example of our commitment to continued efficiency in state government,” Rep. Clouse said in a statement. “It will not only save taxpayer dollars, but it also address important issues plaguing our prison system. This bold reform measure reinforces our commitment to addressing this matter once and for all.”
“This initiative represents a way to remedy some of the long standing issues with Alabama’s prisons,” Sen. Pittman added in a statement. “We have before us an opportunity to better serve the citizens of Alabama by operating our prison facilities with a higher level of efficiency through consolidation and increased capacity.”
The initiative, part of Gov. Bentley’s Great State 2019 Plan, will support the construction of three regional men’s facilities to house at least 3,500 inmates, as well as one women’s facility. Construction of all four prisons should begin in the fall of 2017, and should be completed by late 2020.
“The Prison Transformation Initiative Act creates a new approach to corrections in Alabama. By using modern, state-of-the-art design, the new, more efficient, correctional facilities will improve the security and safety of staff and inmates and provide increased capability to offer rehabilitation and re-entry services aimed at reducing recidivism,” Alabama Corrections Commissioner Jeff Dunn said in a statement.