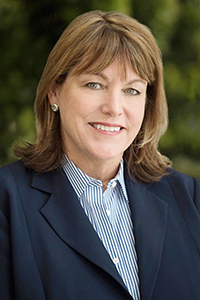 SAN FRANCISCO — San Francisco Sheriff Vicki Hennessy on March 23 notified the California Board of State and Community Corrections to rescind the City and County of San Francisco’s earlier request for $80 million in SB 863 funding. The written notification, directed to the board’s Deputy Director of County Facilities Construction Magi Work, also included a request to withdraw a 180-day extension of the deadline to submit a final proposal. The funding was originally intended for a project to replace the city and county’s aging jail facility.

“The Sheriff’s Department and the Department of Public Works are most grateful for the board’s favorable consideration of our original application, which would have replaced a deteriorating, antiquated, linear 900-bed facility with a modern, new generation 384-bed treatment and detention center,” Sheriff Hennessey wrote. “We appreciate the patience you extended to us as we began to work through the process of delivering a successful project. Through this process, it has become clear that many in the San Francisco community are not supportive of using this money to replace any jail beds.”

In a December 2015 San Francisco Board of Supervisors meeting, community members and board members alike voiced their opposition to any new jail project. That meeting resulted in the board’s unanimous rejection of any new jail construction, and the formation of a new working group — which included Sheriff Hennessy — to explore alternatives to jail construction.

“The San Francisco Board of Supervisors has tasked the Sheriff’s Department, the Department of Public Health, and community mental health and criminal justice stakeholders to convene an effort to explore alternatives that currently preclude building a new detention facility,” Hennessy continued. “To seek an extension at this time is not consistent with my intention to participate fully and in good faith in this local process.”

Since acceptance of the award is conditioned upon making only minimal changes to the original proposal, and because there are other counties waiting for awards for their projects, Hennessy wrote that she believed it only fair to let the state board know now of the county’s decision. Funding that would have been allocated to San Francisco could possible now be allocated to Ventura County or Alameda County, which each received only a portion of their original requests.

In 2015, the passage of SB 863 authorized $500 million in lease-revenue bond financing for the design, construction, renovation, expansion and/or acquisition of adult local criminal justice facilities throughout the state. All counties in the large county category were eligible to request up to $80 million of a $240 million pool. Both San Francisco and Santa Clara counties were recommended for the full $80 million award, while Alameda County and Ventura County received partial awards.