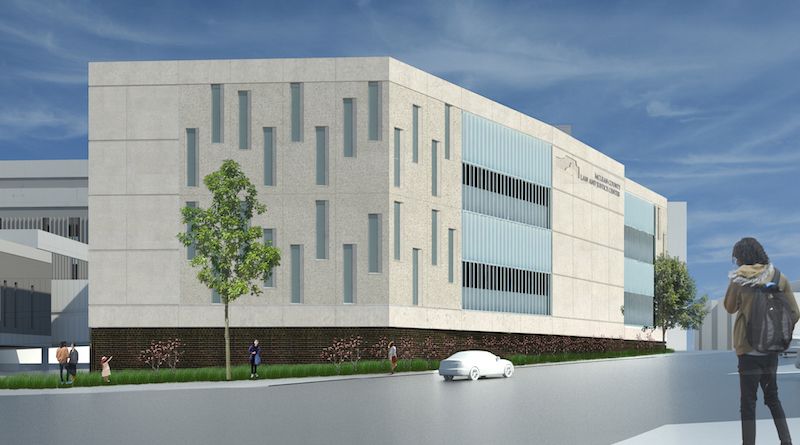 The expansion to the McLean County jail in Bloomington, Ill., has goals of better serving inmates with behavioral issues as well as incarcerated women.

BLOOMINGTON, Ill. — A groundbreaking ceremony for the expansion to the McLean County jail in Bloomington was held on Monday. The new addition has two primary goals: better serving inmates with behavioral issues as well as incarcerated women.

The $39 million expansion to the jail will add an extra 80,000 square feet to the east of the county’s 225-bed facility in an area that currently serves as a parking lot, boosting its inmate capacity to 400. McLean County Board Chairman John McIntyre believes the expansion will significantly improve the services provided to inmates, especially those with special needs, reported The Pantagraph, a local news outlet.

A major component of the jail expansion is a mental health unit for up to 48 inmates who have severe enough behavioral health issues that require them to be separated from the general population. The unit will have 16 cells reserved for those who are seriously mental ill as well as separate day rooms for correctional officers to be able to separate inmates according to their needs. Softer colors used on the walls and floors and a large wall mural depicting a wooded area will also provide a more therapeutic environment.

Previously, the jail had isolated inmates with behavioral health issues to the jail’s booking area, which proved to be detrimental to their condition, according to The Pantagraph. In an effort to solve the issue, Former Sheriff Mike Emery asked the National Institute of Corrections (NIC) to review mental health conditions at the facility, which led to a report recommendation to improve services in the jail.

The three-story addition will feature a first-floor area for visitors, while the second floor will house inmates with mental health and other special needs as well as female inmates. Female inmates are currently housed in an aging portion of the jail that faces heating and supervision challenges. During peak times, women have had to sleep on the floor when the jail has had issues with overcrowding, according to The Pantagraph.

This new section for female inmates is part of a statewide effort to provide better conditions and policies for incarcerated women. A 2014 study conducted by graduate students at Illinois State University Female of female inmates at the jail recommended that incarcerated mothers be allowed to have visits with their children, another initiative that Former Sheriff Emery spearheaded.

The third floor of the expansion will house general population inmates with 68 cells set aside for potential growth in the jail population, according to The Pantagraph. This layout will also allow staff to better house inmates by their offense level as well as allow for inmates to videoconference with family members instead of going through the much-longer visitation security process.

East Peoria, Ill.-based River City Construction is building the new facility, while Normal, Ill.-based Farnsworth Group is serving as the project architect, working with global architecture firm HOK. The project is scheduled for completion in the fall of 2018.