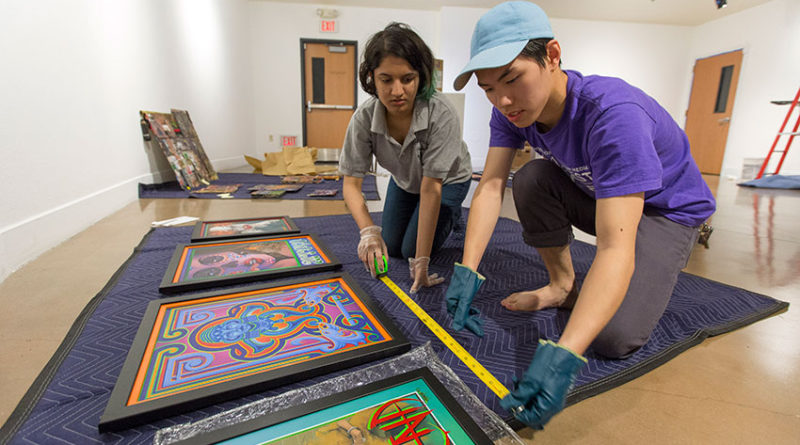 SAN FRANCISCO — Project Rebound, a program that helps formerly incarcerated people attend college, celebrated its 50th anniversary during the last week of September. The program was started at San Francisco State University (SFSU), and is also where the commemorative dinner and art opening took place for the 50th anniversary celebration.

Based on data from SFSU’s Journal of Correctional Education, 95 percent of formerly incarcerated people who seek education stay out of prison, while the rate for those who don’t is 30 percent.

These types of statistics and more motivated Professor John Irwin to start Project Rebound in 1967. Irwin himself had previously served a five-year sentence at the Soledad State Prison and earned college credits through a university extension program during his incarceration. Irwin then proceeded to earn his bachelor’s degree at UCLA and his Ph.D. at UC Berkeley after his release. Eventually, Irwin became a professor at SFSU, and he started Project Rebound to help give formerly incarcerated individuals the same opportunity for higher education that he had received.

Project Rebound offers special admission for men and women who might not ordinarily qualify for university acceptance due to application deadlines and minor shortcomings in their academic background. The program is intended “to serve as an alternative to the revolving door policy of the criminal justice system,” according to the organization’s website, and has helped thousands of students to navigate the process of getting into and graduating from college over the past 50 years. Currently, the program boasts an 86 percent six-year graduation rate.

Jason Bell is the regional director for Project Rebound, who, as a former inmate, also knows firsthand the benefits of the program. Bell spent the majority of his 20’s in the San Quentin State Prison, and thanks to Project Rebound, had plans for his future upon his release.

“It’s easy for people to say, ‘Get out of prison, get out of jail, go do the right thing,’” said Bell in a recent interview with KQED. “But what does that ‘right thing’ look like if there are not places designed to receive people who are doing the right thing?”

The program expanded in 2016 to nine California state universities, including Bakersfield, Fresno, Fullerton, Pomona, Sacramento, San Bernardino and San Diego. This expansion was funded through a $500,000 “Renewing Communities” grant from the Opportunity Institute based out of Berkeley, Calif. Project Rebound currently has plans to expand to seven more locations over the next three years, according to Bell.

The SFSU program is run by students and one full-time director — most of whom have had prior incarceration experiences. Additionally, Project Rebound is supported by the school’s Associated Students, a group of services and programs dedicated to students at SFSU, as well as a limited number of interns and volunteers each semester. Additionally, local community organizations contribute to serve as advocates for those participating in the program, and SFSU offers a liaison with campus services and programs, including food vouchers, mental health support, textbook money, counseling, scholarships and employment connections.

“I’ve seen a lot of people graduate from Project Rebound and get great jobs. It opens up doors. It got me off parole early,” said Tiffany Rabb, a Project Rebound student in an interview with SFSU News. “Getting an education after being incarcerated builds your confidence and self esteem. It gives you the chance to look at yourself and say, ‘You know, that happened, but that’s not who I am. This is who I am today.’”