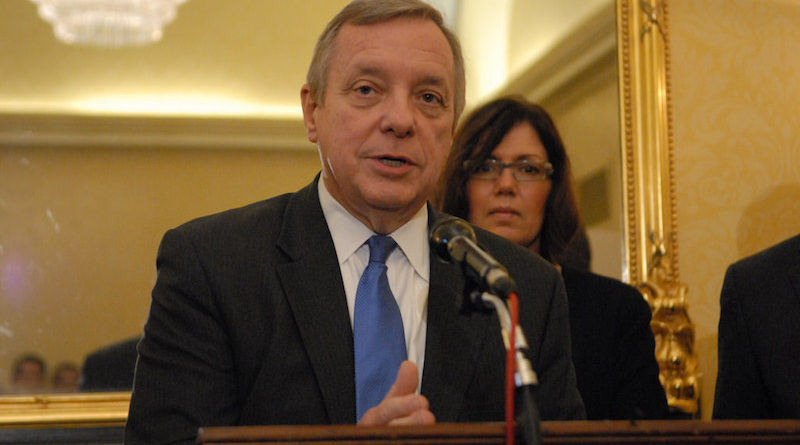 THOMSON, ILL. — Ever since the state of Illinois sold the Thomson prison to the federal government in 2012, the facility has been operating well below capacity, as reported by the Rock Island Dispatch Argus. But full operational capabilities are expected by the end of 2019 — a premise that has the full backing of both of Illinois’ senators as well as the district’s congresswoman.

The Rock Island Dispatch Argus report found that, despite boasting a capacity of 1,600 to 2,300, the Thomson facility currently warehouses just over 300 inmates, with 250 workers employed on site as well.

With the proposed increase in the inmate population, so too will jobs at the facility increase, leading to a boon to the economy of Thomson, which sits on the banks of the Mississippi River 150 miles west of Chicago in rural Carroll County.

“[Administrative United States Penitentiary] Thomson has been given a staffing compliment of more than 600 positions, which will lead to the hiring of an additional 350 employees,” a spokesman for the Federal Bureau of Prisons said. “We have more than 35 different positions available, the majority of which are in Correctional Services and Health Services, but also in many other departments (e.g., Food Service, Psychology, etc.).”

The Bureau of Prisons representative said that a job fair took place June 27 and 28 at the Wild Rose Casino in Clinton, Iowa, just across the Mississippi River.

“Veterans [were] eligible for on-site interviews, and all others [were] given information regarding AUSP Thomson and assistance with applying,” the spokesman said.

“The activation of the Thomson prison will alleviate overcrowding in the federal prison system and promote economic growth in the region,” Durbin said. “We’ve long been awaiting [the] announcement by BOP of the Thomson prison’s mission. I will continue to work with Senator Duckworth and Representative Bustos to push for robust federal funding and resources to continue the activation and ensure that the facility operates in a safe, responsible and humane manner.”

“This announcement is an overdue but positive step that will help bring jobs to Thomson and support economic development in the region while also helping address our Federal prison overcrowding crisis,” added Duckworth. “I’m proud to continue working with Senator Durbin and Congresswoman Bustos to ensure this facility can support its new mission and is eventually fully activated.”

Their colleague in the lower chamber, Rep. Bustos, added that the Thomson expansion proposal will add hundreds of jobs to this riverfront area of the Land of Lincoln.

“While we must do more to address the ongoing problem of high incarceration rates, we have a very clear and present problem with overcrowding in prisons and, with this announcement, Thomson is going to do its part,” Bustos said. “I look forward to monitoring the progress being made in implementing this new mission and appreciate the partnership we’ve formed to reach this milestone.”

High-security inmates are due to begin arriving at Thomson later this year, the Rock Island Dispatch Argus report said, with “special management operations” to be fully implemented before the close of 2019.