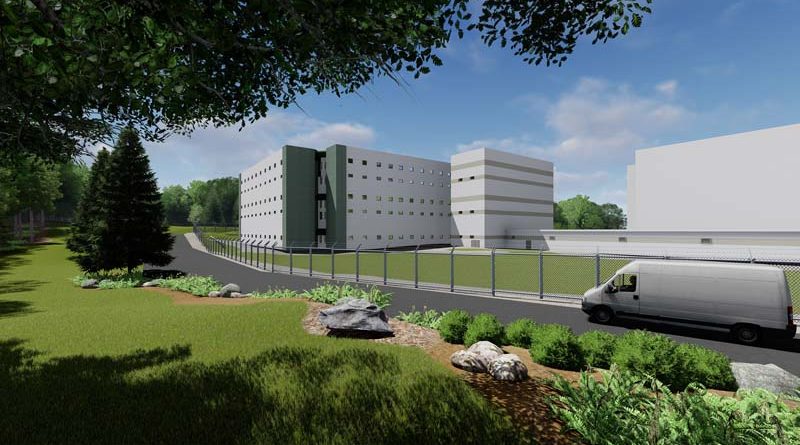 Ajax Building Corporation of Georgia was awarded the project in October 2018 and will be teaming up with Valdosta-based architecture and engineering firm Studio 8 Design. Jim Ingram of Studio 8 is the architect for the project. Croft & Associates of Kennesaw is working in association with Studio 8 on the project.

“Studio 8 Design is happy to partner with Cherokee County for the expansion of their Adult Detention Center,” said Ingram. “Our design solution sought to meet the specific needs outlined by the sheriff’s department and to provide the county with a solid, secure facility which can serve them for many years to come.”

The current detention facility was completed in 2002, however the jail, also referred to as the “Old Jail,” is over 30 years old with 96 beds. The project will consist of a 110,000-square-foot expansion and will include a new six-level housing tower, new medical housing, a secondary warming kitchen, an additional laundry. The expansion project will also provide an upgrade of support systems and new resources for the Sheriff’s Office.

Other improvements, upgrades, and renovations will focus on the main lobby, the existing security systems and video visitation system.

The construction of the six-level precast and masonry housing tower building will have an estimated inmate capacity of 620. Cells are included on all four sides of the building at five levels. There are control rooms in the middle of the facility for observation and controlling the inmate population.

An enclosed masonry walkway extends from an existing housing building to connect to the new housing tower. The existing laundry, kitchen, staff dining, lobby, inmate property storage, and conference room J219 will receive interior renovations. The “Old Jail” will renovate into a new video visitation area that includes a new group restroom extension, and the new staff exit includes the addition of an exterior steel stairway.

“We have an outstanding architectural and engineering team including our design partners Croft & Associates, McCarthy & Associates, Phillips Gradick Engineering, Camacho & Associates, and Tanner Hoskins Consultants,” said Ingram. “Construction on the project is scheduled to begin this spring.”