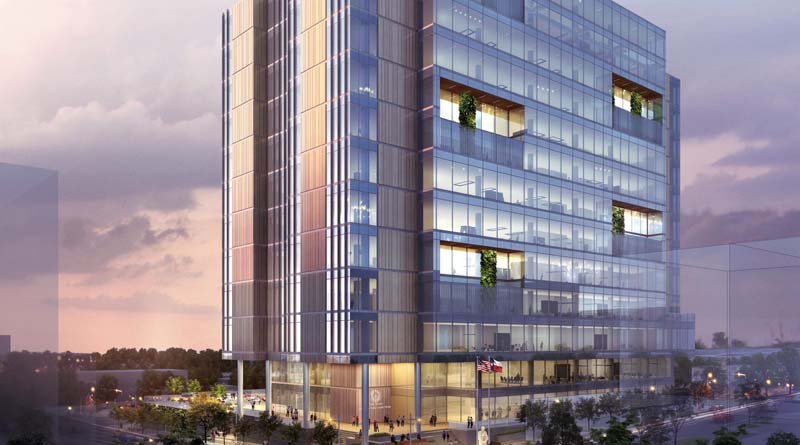 The 448,000-square-foot facility will replace the Heman Marion Sweatt Travis County Courthouse that was built in 1931, and which has not been renovated for more than 50 years.

Plans to replace the 88-year old historically protected courthouse have been ongoing for more than a decade. It has four courtrooms and 15 adapted spaces to function as courts. The current civil caseload demand is at least for 25 courtrooms.

The new $333-million, 12-story courthouse facility will be located between 17th and 18th streets, bounded between Guadalupe and San Antonio Streets, which is approximately six blocks from the original courthouse.  The new facility will handle a wide range of cases, including child custody disputes, Child Protective Services and child support cases. These courts will also include cases such as divorces, adoptions, family violence protective orders, defective construction cases, business and contract disputes, land valuation and ownership disputes, personal injury cases, and appeals from state agencies and state licensing boards.

“Given the urgency of the project, the delivery method Travis County used was very innovative and created enormous value for the taxpayer,” said Rodney Moss, the project lead for Hunt/Amber.

The project went from no site and only a space program with a performance specification to financial close and starting construction in nine months.

According to Moss, “The beauty of this progressive design-build delivery is that the parties were able to advance the critical path of the project at the developer’s risk without issuing debt or financially committing the County to the project until it was completely satisfied that it had achieved its design, cost, and schedule objectives.”

He added, “We are excited about the possibilities of this project being a model for how to achieve the lowest cost, fastest schedule, and best risk transfer for generational social infrastructure assets like Travis County.”

At present, the team is working on make-ready utility work, demolition and mass excavation. Hensel Phelps Project Manager Ash Bajaj says the biggest challenge on the project so far has been the coordination with all the utility owners who were involved on a complete city block.

According to Bajaj, “The delivery method allowed the developer and the County to work closely with the contractor to carefully manage all of the stakeholders so that we were able to maintain the schedule.”

In addition to the 25 courtrooms, the building design includes the following:

The courts facility also seems to have created the impetus for other economic activity for the surrounding area. Since the project was announced, the other large private projects adjacent to the project have been announced.

The project is slated for completion in late 2022.