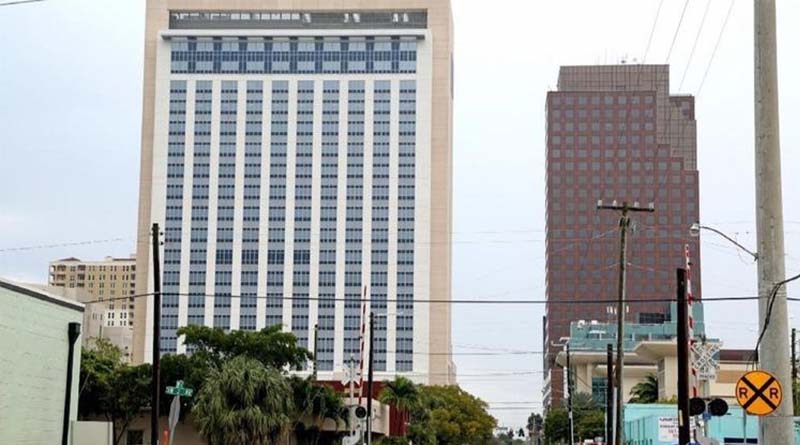 FORT LAUDERDALE, Fla.—Construction has stalled on the nearly $200 million courthouse project in Broward County in Fort Lauderdale, Fla. because of a contract dispute.

The South Florida Sun-Sentinel recently reported that James A. Cummings, Inc., a Florida-based company that provides construction management services, is attempting to leave the project.

The paper said, “[t]here’s been little work done as part of the $345.6 million transformation of the downtown Fort Lauderdale complex since a new $197 million, 20-story courthouse tower opened in January 2017. The tower was originally scheduled to open in 2015.”

The Sun-Sentinel also wrote that James A. Cummings Inc. wants to abandon the project, and that “Cummings and parent company Tutor Perini Building Corp. are suing the county, saying they shouldn’t have to do any more of the work because the county has changed what it wants done, without supplying the needed plans or submitting the proper change orders. It is also seeking monetary damages.”

In its suit, Cummings claims its courthouse work was to be done in three separate phases. It also says the county has now eliminated work on the judicial garage and public plaza and the renovation work to the east wing from its responsibilities.

The contractor says it cannot do some of the work the county still wants completed, such as putting in life-safety items like sprinklers in the east wing because those items were priced as part of an overall renovation of the wing. The county would have to provide new plans for doing the work without the renovation, it said.

The county intends to launch a claim against the construction engineering firm over the issue of cost overruns. County inspectors have required the contractor to make more than 20,000 changes to the new building to meet the original plans, including sealing the exterior walls properly to keep out rain and sealing floors properly to protect against smoke and fire.

Assistant County Administrator Alphonso Jefferson said county officials are now figuring out how to complete the renovation of the east wing so the work can be put out for bid.

The previous Fort Lauderdale courthouse was built in 1962. It was replaced by the new tower and was supposed to be demolished last year to make way for a nearly $15-million judicial parking garage and outdoor plaza. However, it is still standing.