“My home is in Salt Lake City,” Retford says. “I commute to Orange County each week and then, of course, move around to various sites and projects throughout the year.”
Retford, a project principal with primary responsibility for the western United States at design firm AECOM, brings 28 years of justice experience to his work in the field — the last 14 years with the justice division of AECOM.
“Right now I’m working on the Riverside Regional Correctional Facility in Riverside, Calif.,” Retford says. “The master plan is a 7,200-bed facility and the first phase — 1,200 beds — will go up for bid this fall. It’s one of the biggest projects I’ve ever worked on and as principal I’m involved with all phases of the project — from business development and marketing to design, construction and post-occupancy.”
Though he’s focused on California business at the moment, Retford just returned from Oman, where he’s wrapping up the final stages of a consulting job that inspired professional and personal growth.
“We were invited to be the justice consultants for a Middle Eastern architecture and engineering firm that won a bid for a 3,000-bed, multi-custody facility in Oman,” Retford says. “Working on that prison has been one of the highlights of my career. It’s been physically taxing travel, but I’ve gotten to know and better understand a culture that many Americans unfortunately fear because of what we hear in the media.
“To learn how genuinely beautiful and sincere these people are has been incredible. They’re the most accommodating and hospitable folks I’ve ever dealt with.”
In addition to consulting with the Royal Oman Police Force — AECOM’s client in Oman — on U.S. corrections practices and learning about another culture, Retford says he was forced to broaden his design horizons to fully engage the process. 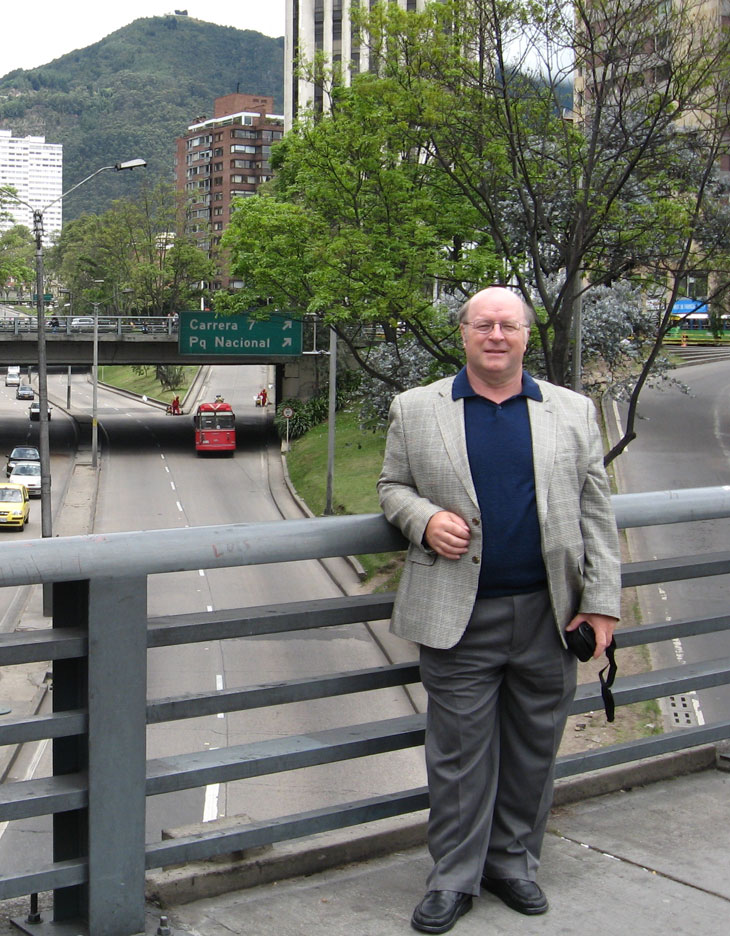 “They had us design and construct a 150-bed standalone facility within the compound for what they classified as VIPs,” Retford says.

“Basically, if a high-level official or dignitary of some sort commits a crime, he’s sent to this facility, where it’s private and spacious. There are even several two-room jail cells — sure, the doors lock, but there’s a sitting area, a living room and a separate bedroom.”

Retford was in the Middle East in January doing final inspections on the Oman facility before it opened, but he began the project more than five years ago with a series of planning meetings that took place in Beirut, Lebanon. Since then, Retford has been to Oman on numerous occasions during construction of the project. Retford sees such projects as a key component to the future of his business in a global economy.
“We hear from people around the world who are very interested in what we do,” Retford says. “In the next five years, I think there will be tremendous opportunities to export the U.S. design of corrections facilities.”
Retford says he’s continually inspired by his job because there is always something to learn: No matter how similar, no two projects are alike. That may not sound surprising coming from someone who just returned from Oman, but he says work in the United States is equally fluid and dynamic.
“We recently worked with San Luis Obispo County,” Retford says. “They initially wanted us to duplicate one of their existing indirect supervision housing units, but after a series of consultations and facility tours, it became pretty clear they needed more than that.”

Retford says the existing San Luis Obispo County facility has an unpleasant and uncomfortable control room, so officers are often out of the room engaging with prisoners and helping them go about their daily lives.
“They have a control room, but they don’t truly use it,” Retford says. “They thought they were running an indirect supervision facility, but when we all agreed that wasn’t the reality, we went about designing a new facility that [improved] what they were already doing. Now they’ve got a design that they absolutely love.
“The best part of my job is working with users like that and delivering a product that helps them do exactly what they want,” Retford says. “We don’t know what a client needs when we enter a relationship, and it’s often the case that the client doesn’t exactly understand its needs either. It’s a journey getting there, and learning about each other and recognizing how we can help certain management styles or missions is an exciting process.”
Retford says that he wanted to become an architect from the time he took his first drafting class in high school. Though he didn’t consciously gravitate toward the correctional industry, the first project he ever worked on was a courthouse with a jail in it, and it’s been justice projects since.
Retford also sits on the executive committee of the American Society for Testing and Materials’ committee on detention and corrections standards. In this capacity, and because of his work with AECOM, Retford was invited to Bogotá, Colombia, in August 2009 to deliver a keynote speech on concrete in jail and prison design to the Colombian Ready Mixed Concrete Association.
“It was quite an honor to be asked to go to Colombia,” Retford says. “And just as it was when I went to Oman, it turns out that Colombia is a great place to visit — not nearly as scary as people think.”
With all of that travel, a man has to have some downtime. Retford says his two passions — independent of his wife and three boys — are racquetball and fishing.
“I love racquetball,” Retford says. “Even with the crazy travel, I almost always play three times a week. A few times a year, I enjoy getting away to go fishing, too. Right now some friends and I are working on a trip to Alaska, but we’ve already been all over Canada in search of everything from salmon to northern pike.”