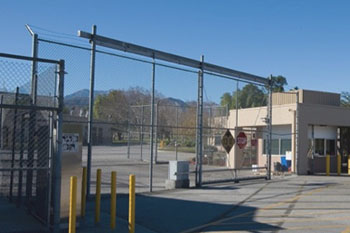 The funding would be used to demolish two housing units at the 53-year-old jail and to replace them with three new housing units (making up 512 beds) and a visitors’ center. The new facilities would house an 18-month counseling program to prepare inmates for life after they are released from custody, according to the San Bernardino County Sun. The grant proposal said that designing and planning for the $109.9 million project would span through 2014, and construction is scheduled to last from May 2015 to May 2018.

The Glen Helen Rehabilitation Center is the oldest of nine detention facilities in the county, which has been seeking funding to accommodate the influx of inmates under Assembly Bill (AB) 109 or the Public Safety Realignment Act, passed in 2011. AB 109 worked to re-disperse inmates based on the seriousness of their offenses. Yet in spite of the plan to redistribute inmates based on the seriousness of their crimes, San Bernardino county jails are still housing inmates who committed offenses that earned them 10 years or more of jail time, according to the Grand Jury’s 2012/2013 report. These jails are not equipped to house inmates sentenced to long-term incarceration because they lack the proper security measures.

In June 2012, Senate Bill 1022 was passed, allowing the state to set aside $500 million in which counties can apply for to assist with jail construction and upgrades due to realignment. The San Bernardino Sheriff’s Department hopes to get the $80 million for the Glen Helen Rehabilitation Center from the $500 million funding. The county would also give more than $26 million for the project, and the other $3.9 million would come from in-kind contributions.

San Bernardino is one of 10 counties seeking a portion of the $500 million, reported the San Bernardino County Sun. Including the $80 million request from San Bernardino, the Sacramento committee received $1.3 billion in requests. Approval for funding is expected to come as early as January.

The Glen Helen Rehabilitation Center is one of several projects underway in the county, which will help increase bed space and improve efficiency. Projects are already underway to expand the Adelanto Detention Center by more than 1,000 beds and to upgrade housing units at the West Valley Detention Center in Rancho Cucamonga to comply with the Americans with Disabilities Act.

An additional 1,692 beds are being added to the Adelanto facility, which will be completed in January 2014. At that time, a currently undetermined number of high-risk inmates will be transferred to the new housing area. In the meantime, the county is instilling additional precautions to increase safety within its prisons and cut down on inmate crime and escapes.