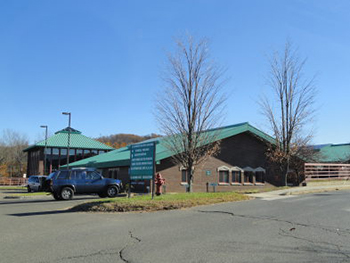 MIDDLETON, Conn. — To avoid sending teenage girls accused or convicted of crimes to a maximum-security women’s prison, the state Department of Children and Families (DCF) decided to renovate an existing, self-contained building on the Albert J. Solnit Psychiatric Center – South Campus in Middleton. The facility, known as the Pueblo Unit, is next to the boys’ detention center and features 12 beds — 10 regular beds for girls to live for up to six months and two emergency spots.

The $500,000 project was completed in March, and will cost $2.4 million a year to operate. Required renovations included alterations to the unit to make it more gender specific and age appropriate, supporting the needs of an older, female-only population, DCF officials said in a statement.

The new facility adds 12 beds in a secured facility for delinquent girls to the 14 that already exist at Journey House in Mansfield. On average, the state courts commit 55 girls to DCF custody each year, reported the Newtown Bee.

Girls have already been moved into the facility. DCF officials told the Newtown Bee that the criteria for admission includes parole admissions, group home admissions and after-hours emergency admissions. For those on parole or coming from a group home, some contributing factors could include being absent without leave (AWOL), being non-compliant with a community treatment plan, participating in drug or alcohol use, or having assaultive or aggressive behaviors. Emergency admissions are for youths who are in need of immediate placement within a secure care facility. This includes cases of human trafficking, being arrested by the police or girls involved in situations that have become volatile and require their immediate placement for safety reasons.

While a culinary vocational program is in development, the focus of the program is geared at concentrating primarily on core academics because the girls will stay for such short periods of time. Plus, there will be a room with exercise equipment because exercise is part of the girls’ treatment plan, DCF officials said.

A school psychologist, an art teacher and a gym teacher are available for both the boys and girls facilities, while there is one full-time special education teacher and one certified social studies teacher specifically for Pueblo.

DCF was authorized $15.7 million in bond funds by the State Bond Commission to build a self-contained, secure treatment facility for juvenile justice girls. Of this amount, only $643,000 has been allocated for the Pueblo Unit. The original allocation, approved in May 2008, supported a site evaluation, made in preparation for a girls’ facility to be built in Bridgeport. The project did not proceed beyond the site evaluation because Bridgeport did not want the facility located there. At that time, staffing and operating expenses needed to support such a facility was estimated to exceed $6 million annually, significantly more than the Pueblo Unit.