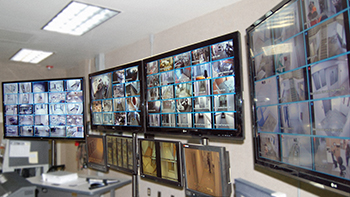 Correctional News spoke with three SEC industry leaders to catch up on the evolution of the SEC industry. Keith Thoene, president, CML RW Security LLC; Russell Pilcher, CEO, Sierra Detention Systems; and Buddy Johns, president and CEO, Argyle Security, all answered the question: How has the SEC industry evolved since you first started working in it?

Thoene: We think the largest change to the SEC industry in the last 15 years is the evolution from analog to IP technology. As technology has advanced and IP infrastructure has become more affordable, it has aggressively changed the products being specified to a point where I am now a little surprised when I see an analog design. This product shift has also driven a change in terms of whom we interface at an owners level. With older analog technology, we often worked with a facility low-volt technician or electrical maintenance personnel. We are now working more and more with the facility IT department.

Pilcher: Prior to the advent of the SEC as we know it today, detention equipment was bid direct to the owner and managed by the general contractor. As the market changed and the technology advanced, management of the highly specialized nature became too onerous for the owner, and responsibility passed to the general contractor. Due to the technological advancement of the security electronics, consultants became necessary to assist architects in their development of specifications and planning. As budgets tightened in the industry, specifications were subsequently developed to reflect the economic pressures. A lowering of the performance criteria opened up the bidding process to companies not necessarily capable of handling the complex issues high-security facilities encounter. The lowest bidder replaced the most competent and qualified and thus began the procurement system failure.

We feel as though the antiquated procurement process has done a great disservice to the end user and their ability to safely manage their facility. Instead of the most capable integrators performing work of a specialized nature, the least-qualified, lowest-number bidder is forced onto facilities without their opinion. It is the end-user (sheriffs, operators, etc.) with the greatest amount to lose.

Johns: The Security Electronic Controls industry has evolved greatly in the disciplines of management and in the electronic composition of each device; however, the physical characteristics of each security device have maintained their detention characteristics.

Intercoms have changed from analog audio paths and relay controls to digital modules with VOIP communication paths that allow for the ability to capture and record the two-way conversations within the officers and their cliental. The quality of the conversations and communication has increased. Door controls are hard detention products that remain an industry standard with minimal physical changes, but the head-end equipment that is used to control and monitor each device has progressed with today’s technology.

Societies demand for the increased need for documentation and accountability has resulted in huge technology advancements in the IP technology and storage requirements for video. Analog cameras are now being digitized onto digital recorders and the price of IP digital cameras are now competing directly with the analog cameras, but most importantly the quality of the video image has changed from an acceptable grainy image to a highly demanded, high-definition display. Storage requirements and video quality are one of the highest growth areas in this industry. Analytic technology is also now usable due to the ability to transfer large quantities of data over private and secure cloud networks and the low cost of high volume data storage. Analytics have been around for some time; however, usable and feasible products are a very recent enhancement.

Standalone hard-wired push button panels have been greatly phased out and been replaced with touchscreen control systems that now share the operations of movement and security within the facilities. Redundancy and backup performance is transferred over the network allowing for a higher level of security management. The PDA industry is progressing to put the direct management controls into the hands of the roving security officers, which increases the ability to manage the daily tasks within a controlled environment (i.e. intercom calls, lighting control, TV control, door operations and more) without having to have a stationary officer set in place standing in front of a control station.

The hands-on, On-the-Jog (OJT) maintenance person has evolved to the level of technician or IT expert because of the technology growth of each component installed and managed within a facility. Not too long ago the maintenance department could just take a set of hand tools to go and troubleshoot a problem, but now they need to have a laptop and an electronic background to understand the technology and theory of the components before they can even begin the repair process.

Don’t forget to check out our May/June issue for the full roundtable discussion between SEC leaders.