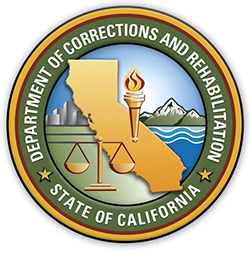 SACRAMENTO, Calif. — California Department of Corrections and Rehabilitation (CDCR) officials announced recently that mentally ill inmates in the state’s prison system will now receive more humane treatment. The state filed a new policy earlier this month to allow mentally ill inmates to participate in counseling after an incident as opposed to receiving extended sentences or being sent directly to isolation cells.

"This is a very significant reform of the disciplinary process for prisoners with mental illness," Michael Bien, an attorney representing the state’s mentally ill inmates, told the Associated Press on April 3. "What’s the point of punishing someone who’s psychotic? When you bang on your cell or mouth off at your custody officer, let’s talk about that. … Don’t punish [the inmate] and send him somewhere else.”

While the policy shift will most directly improve conditions for inmates, Bien added that it would also benefit taxpayers by decreasing disciplinary segregation-related costs and allowing inmates to retain their early release credits. Bien also applauded CDCR Secretary Jeffrey Beard for improving the state’s policy before being required to do so by another court order.

Federal Judge Lawrence Karlton ordered the state in 2013 to improve the treatment of mentally ill inmates, stating that previous treatment methods such as the use of chemical grenades, pepper spray and isolation were a violation of the inmates’ constitutional rights. Karlton agreed with witnesses and inmate attorneys who in their testimonies stated extended experiences in solitary confinement or isolation cells exacerbate mental illness and can cause more serious mental health disorders. The judge then allowed the state 60 days to revise its policies with the assistance of a court-appointed special master.

The ruling built on a class action lawsuit, Coleman v. Brown, which dates back to 1991, in which inmate attorneys alleged that the CDCR was not providing adequate care to inmates with mental disorders. A 1995 ruling stated that the department had been “deliberately indifferent to the mental health needs of inmates in violation of the Eighth Amendment” according to information published by the CDCR, and appointed a Special Master to address constitutional inadequacies. The court also mandated improvements in mental health screening, treatment programs, staffing, record taking, medication distribution and suicide prevention.

The ensuing Mental Health Program Guide was developed and approved in 1997, helping the department to reduce treatment wait lists and implement a standardized self-monitoring process to “ensure that inmates are timely identified, referred, and transferred to acute and intermediate levels of care.”

One decade later in 2006, however, the Special Master’s reports stated that defendants had “wholly failed to remedy the constitutional violations.” Coleman v. Brown further alleged “a backward slide in progress, attributable largely to the growing overcrowding problem in the California prison system.”

In 2007, AB 900, which aimed to ease prison populations, provided $7.3 billion to add 53,000 prison, reentry and jail beds. It appropriated $50 million for additional rehabilitative programming activities and $300 million to make infrastructure improvements at state prisons. AB 900 also required the CDCR to obtain day treatment, and to contract for crisis care services, for parolees with mental health problems.

The CDCR in February 2013 estimated that more than $1.3 billion had been spent on construction-related improvements to inmate mental health care.